MobiPicker
News Games Pokemon GO Gen 2 Update – All Gen 2 Pokemon Stats and...
Share on Facebook
Tweet on Twitter
Deal Alert: 49% Off on ExpressVPN
Touted as #1 VPN in the world, ExpressVPN is now offering 49% off & an additional 3-months of service on its annual plans.

We’re particularly excited right now because we know what the future of Pokemon GO holds. And that is what we will see when the Pokemon GO Gen 2 update hits the game soon. Pokemon GO Pokedex website lists all the Gen 2/ Johto Pokemon. We’ll be going over some important ones here to help you prepare for the Pokemon GO Gen 2 Update. The chart on Pokedex shows everything from max HP to the candy you will need to evolve the Pokemon.

You have Chikorita as one of the Starter Pokemon. It’s grass type with 1,025 max CP. HP is 90. The Attack is 112, Defense is 144. The number of kilometers needed to walk to hatch its egg is 2 km. Evolution will require 25 candies. Bayleef and Meganium will be its evolutions. It’s vulnerable to Fire, Ice, Poison, Flying, and Bug,

The Next up we have Cyndaquil as a Starter Pokemon of the fire type. Max CP is 955. HP is 78. The Attack is 128, Defense is 108. Again, you need to walk 2 kilometers to hatch its egg. For its evolution, you will need 25 candies. Its weakness is Water, Ground, and Bug. This Pokemon will evolve into Quilava and Typhlosion subsequently.

Last but not the least you have Totodile. It has a max CP of 1,066. HP is 100. The Attack is 120, Defense is 124. Once more, you need to walk 2 kilometers to hatch its egg. Furthermore, the candy requirement to evolve it is the same as that of the previous two. Its weakness is Grass and Electric. This Pokemon will evolve into Croconaw and Feraligatr respectively.

You can look at the entire list of the Pokemon that will be arriving in the Pokemon GO Gen 2 Update. Let us know what you think of this in the comments. Stay tuned to MobiPicker for more Pokemon GO news and updates. 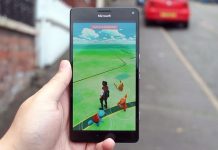 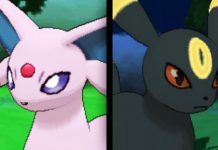 Pokemon GO Gen 2 Will be Arriving to The Game As Well As Legendary Pokemon in Next Update – Save Your Candies for The... 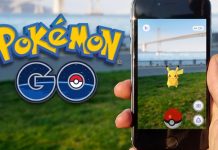