Niantic, perhaps anticipating the information blowout that’s going to come out now that the Pokémon GO field tests have been extended to the USA, has dropped a load of information themselves. The field tests, by the way, have gone live in the USA, so if you signed up, you might want to check your e-mail soonish. Here’s what we’ve learned from the new information on the official Pokémon website (via Siliconera). 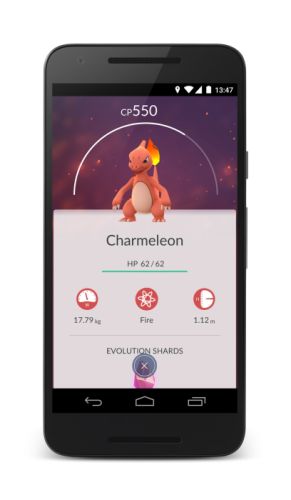 The game starts with you creating your avatar, where you’ll pick your gender, clothing and accessories. You also pick which of the three teams in the game you want to be a part of, not unlike the choice of faction in Ingress. Pokémon can be found in the wild as you explore the wide world, and you can throw Poké Balls at them to catch them. Meanwhile, you can find eggs at PokéStops and walk with them to hatch them. As you gain experience by performing various activities, your training level will increase. To evolve Pokémon, you will have to catch many Pokémon of the exact same kind.

Pokémon you’ve caught can be used to compete in gym battles in Pokémon GO. Each Pokémon has two attacks, a quick one and a charged one. You can also dodge attacks. Training at gyms with a defending Pokémon ups that gym’s Prestige and level, and you can then station more Pokémon there. Prestige can also decrease, and if it goes down to zero, another team can take over that gym.

Much of what we’ve learned is in line with what we’ve also learned from the field testers. But it’s always nice to see the full, official vision Niantic has for the game. What do you think of the new info? Let us know in the comments below.