The Pokemon Go Easter Event has been leaked ahead of its official launch by Niantic. Also, new Pokemon Go updates have also been discovered and revealed. 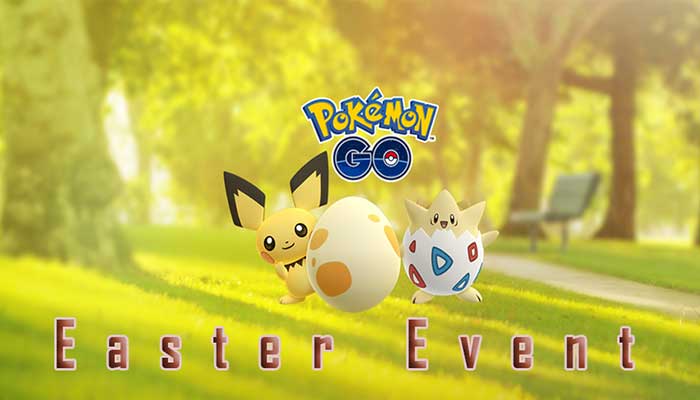 According to the latest information, Pokemon Go Easter Event is supposedly going to release later today.

In addition, all the Pokemon Go fans have been eagerly waiting to know about the next Pokemon Go Update and what it actually will bring. Based on the latest information, the next big Pokemon Go update will be focusing on egg hatching mechanics and bonus XP.

Some other reports that came out earlier this week suggested that the Pokemon Go Easter Event will be releasing later today. And this new update will offer an increased chance to capture the Rare Pokemon.

According to the this week’s news that landed earlier, the upcoming Pokemon Go update will also allow the players to earn Double XD after the update launches. This offer will be available for the next seven days, the days of the Easter Event.

Silph Road’s recent comment proves the above statement. Following is what Silph Road had to say about the new update and new offerings from Niantic.

“From tomorrow, there will be a DOUBLE EXPERIENCE EVENT that will last a week. There will also be better egg hatch rates. This means that there will be more chances of rare Pokemon coming out as Lapras or Snorlax more easily. (This, that we know, if it is our exclusive news)

So, we encourage you to go outside and walk a lot to take advantage of it!”

However, Niantic has yet to confirm about the launch of Easter Event and all the other news related to it. But, the recent leak of Easter theme eggs suggests it’s highly likely to be releasing soon. Hopefully, we’ll be able to hear more from the development team about the Easter Event soon.

The Easter Event break follows important news about the Pokemon Go. This leak suggests that Niantic is planning to add a new promotional feature in the game as well.

All these rewards can come in various forms and the Easter Event will be the very first to introduce these new items in the game. Furthermore, another free promotion feature is also reportedly going to be part of the upcoming Easter Event update.

The players will be able to get the redeemable codes from the in-game shop as the new codes are almost ready for deployment. This, in turn, strengthens the news about upcoming Easter Event release.

As other news rounds suggest, there are chances that a new notification system will also be part of the game. This will make it easy for Niantic to inform the players about the latest news about Pokemon Go.

There are some other news circling the web about the possible revamp of the Gym system as well. If it comes true, the game’s Gyms will be receiving a major revamp. This will help players maintain the Pokemon currently occupying the Gyms.

The Teams system is also in for a big change and this will be the major change the upcoming update will bring to the game. In a changed teams system, players will have to continuously feed their Pokemon that remain away from the gyms. As part of the Gyms revamp, players will also be receiving notifications on how their Pokemon are doing.

Some of the players and dataminers have also found multiple references to the “Raids”. Raids are a new game mechanic that Niantic is going to introduce in the upcoming Pokemon Go update. The raid system will make the players set new global goals for their teams to unlock new rewards.

However, there is no confirmation from Niantic that any Legendary Pokemon will be added to the game or not. In addition, the timed-raids and their mechanics are also unknown at this point.

As part of the next big update, the new Multiplayer Co-Op gameplay feature is also supposedly going to be part of the game. Niantic has already teased the fans about this new Co-op feature.