Pokemon Go Easter Event is reportedly going to release on today, April 13th. The event is bringing huge changes to the game as well as some new additions. 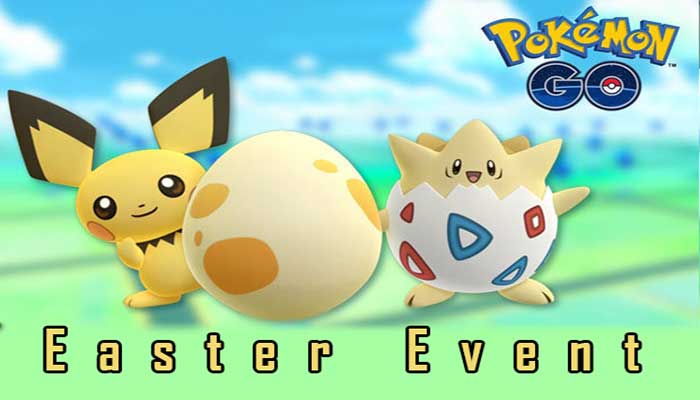 Based on rumors, there is a chance that Niantic will release info about the Easter Event and possible changes soon.

According to the latest news rounds on the web, there are chances that the Easter Event for Pokemon Go will be starting this week. However, Niantic has yet to confirm all the speculations about the start of the Pokemon Go Easter Event. Based on Niantic’s offerings for the Halloween and Christmas events, it’s highly likely that and Easter Event is going to be launching soon.

Niantic follows a similar pattern for events like these to release them. It typically announces every new big event in the early afternoon, so the Easter Event is highly likely to release within the next 24 hours.

According to the dataminers, these new redeemable codes are ready for deployment and players will be able to redeem them via the In-game store. This is another factor that proves the Easter Event launch news correct.

Recently, Pokemon Go won the BAFTA award, at the event, Niantic release info about the oncoming changes in the game. They further explained how the Pokemon Go team was inspired by all the 65 Million game players. Following is Niantic’s statement in which they promised big changes for Pokemon Go.

“We’re still at the beginning of the journey and there’s a lot more to come. With spring arriving in the northern hemisphere, players can look forward to all-new cooperative social gameplay experiences. In Pokemon Go, that will give Trainers new and exciting reasons to get back into the sunshine.”

This news from the Niantic proves some rumors about the major teams revamp. Its speculated that the next big Pokemon Go update will change the role of teams in the game. According to this break, the game’s map will be painted in teams-color that remains in the control of surrounding Gym.

Another minor Update for Pokemon Go was released recently by Niantic. This update takes the game to version 0.6.1.0 specifically for Android and version 1.31.0 for iOS-based devices.

Following are the changes in this update for the game.