In a recent interview, John Hanke, CEO of Niantic has already expressed that the augmented-reality game, Pokemon Go is heading over to augmented reality devices such as Microsoft HoloLens and Google Glass. Now, a recent rumour states that the game is apparently coming over to the Google’s cheap product, the Google Cardboard.

You can see this news by heading over to game’s settings menu and then the licensing menu which clearly states about the Google Cardboard. You can see the image below to get a more clear idea about this. 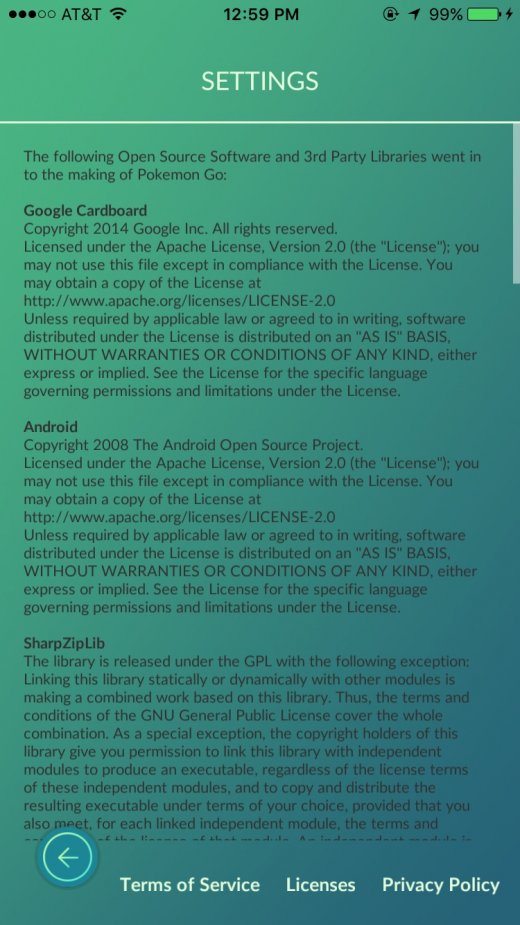 Furthermore, there are no VR’s which just allow the camera to sneak through. We believe that this idea is slightly a ludicrous one because already many people who are playing the game met with some accidents. Do let us know what you are thinking about the VR Edition of Pokemon Go in comments below.