The response received by Pokémon GO is sensational and crazy in the least. Launched a week back, this new augmented reality game has forced everyone to come out from the comfort of their homes to search Pokemon in the real world around them. This results in you walking a lot, thus doing some great exercise and being fit. But some people are so lazy that they do find a way out of the hard work. 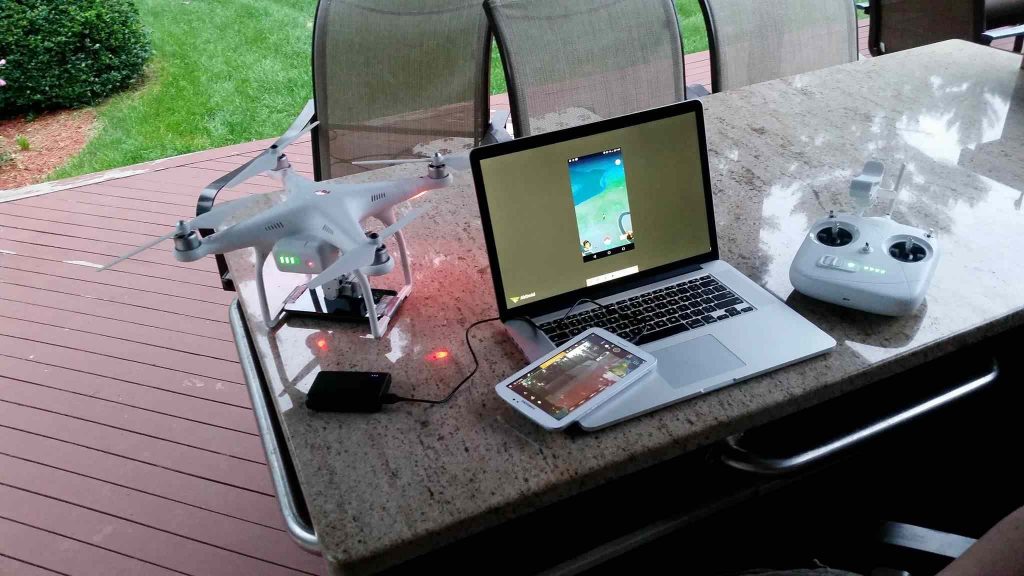 One player has found a surprisingly cool Pokemon GO cheat that will let him sit on his couch and still play Pokemon GO. By strapping his Android smartphone to a DJI Phantom drone, the person saved all the legwork and caught Pokemon while sitting at home. Using AirDroid to mirror the phone’s screen on laptop, the guy found a way around the “hardship”.

In a Reddit discussion, it was asked whether this is cheating. Well, yes, it definitely is cheating and breaking the rules. The game simply asks you to walk through your town/city to reach gyms and PokeStops and wander around in search of Pokemon. This way, you invest a lot more time and effort in the game and it becomes more fun to explore so many things. Yes, include this in the list of Pokemon GO cheats, as the player flew the drone so slow as to trick the game into believing that he was walking with the phone.

The game is meant to unify people, and this person here is hilariously breaking rules in our face. There are several ways to look at it. Firstly, what this person did is really smart. Of course, it’s breaking rules, but it’s his life and his choice to experiment with things he wants to. So let’s just laugh at this one and move on.