MobiPicker
News Games Pokemon GO 1.11.4 No JailBreak Hack – Tap To Walk & Joystick...
Share on Facebook
Tweet on Twitter
Deal Alert: 49% Off on ExpressVPN
Touted as #1 VPN in the world, ExpressVPN is now offering 49% off & an additional 3-months of service on its annual plans.

The best part is that you don’t need to jail break your device. You can use it on the iOS 10 or iOS 9, so long as it supports the original iteration of Pokemon GO. It also works on the latest iPhone 7 Plus. You’re going to need three things. Your device, a computer and the latest version of iTunes.

Go to PokemonGOHacks.me. Download the hack and Cydia Impactor. If you already have Pokemon GO then you’ll have to delete it and any previous hacked version of it. Now, connect your iPhone to the computer and open up the Impactor. Drag and drop the custom IPA. you downloaded from the hack site, onto the Impactor interface. It will immediately ask you for an Apple username and log in. The reason it does that is because it self signs the application. However, the bad thing about this is that you’re going to have to repeat this process of drag and drop onto the Impactor interface after each 7 days.

Now you will see the Pokemon GO 1.11.4 Hack on your iPhone. When you’ll try to access it’ll say “Untrusted Developer”. To bypass that, simply to go to your settings. Go to General. Next Device Management. Then tap where you see the Apple id you gave to Impostor. Tap on trust and now you can launch the application.

Let us know your thoughts about the new Pokemon GO 1.11.4 No JailBreak Hack. 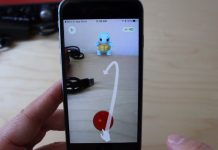 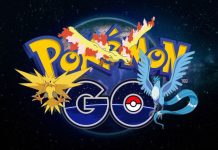 This Pokemon GO Hack Allows You to Walk Anywhere, No Jailbreak Required!