It seems Sony might be developing a special, and extremely intuitive kind of controller for its VR offering, PlayStation VR. Although nothing has been announced yet, the patent filing for it makes us think it could be Sony’s next step when it comes to navigating the tricky waters of the VR war. 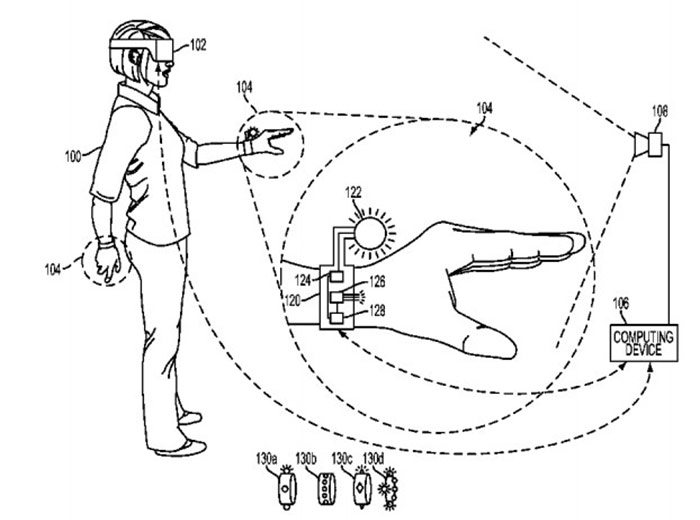 For VR, going beyond the traditional gamepad model is absolutely crucial, as is evidenced by each of the major players working with some form of motion control. Oculus has the Oculus Touch, the Vive ships with motion controls right out of the box, and as for Sony, it seems they will be moving beyond the Move Controllers. According to an image from the patent filing, seen above, they are, instead, moving towards glove controllers.

Gloves are an extremely intuitive way to work with motion sensing, as they’d fit your hands… well, like a glove, yes. While this hearkens back to Nintendo’s doomed-to-fail PowerGlove plans, the glove seems like just the perfect companion piece to Virtual Reality, we think. Unlike the Oculus Touch or the Vive controllers, there’s also no risk of dropping the gloves, as you’d be wearing them at all times.

What do you think about Sony’s plans for glove-based VR controllers? Would you use one of these things? Let us know in the comments below.