The PlayStation 4 just got a new system software update 4.05. PlayStation 4 Update 4.05 Firmware addresses system stability and issues PS4 owners have been having. Additionally, there are also hot fixes for the PSVR. The patch notes modestly mention that they’re fixing stability issues. But we’ve heard that all the time and know what that really means.

Some people are still having problems despite the PlayStation 4 Update 4.05. They are unable to connect online. This is aside from the DDoS attack that happened recently. Plus, with the PSVR out now, we’ll be seeing more firmware updates for that as well.

The download is a fairly modest 312.1 megabytes, and for once the patch notes don’t mention any “stability.” The update is aimed at “improving the quality of the system performance.” The Japanese version of the patch notes is the usual “with this system software update, the stability of operation has been improved.” Don’t you worry: there shall be no PlayStation without stability.

This is the second time this month that Sony has released a stability-focused update for the PS4. The other one came out on October 3. PS4 4.00, the console’s latest major update, came out in September. It introduced folders for managing games and apps, while some menus were also redesigned. PS4 4.00 also added HDR support for all PS4s.

Let us know your thoughts in the comments. 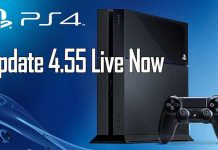