Minecraft, a game where players have freedom to build almost anything. Whether it is a house, a building or even a city. Creativity in Minecraft never ends and today, a group of players had proved once again what Minecraft can do.

A Reddit user, Beatry, recently posted an image of the Shirecraft map which has been surprisingly designed by more than 1500 players from all over the world. The imgur post contains images of more than 145 locations which are in the Shirecraft map, making it one of the largest maps in Minecraft’s history. 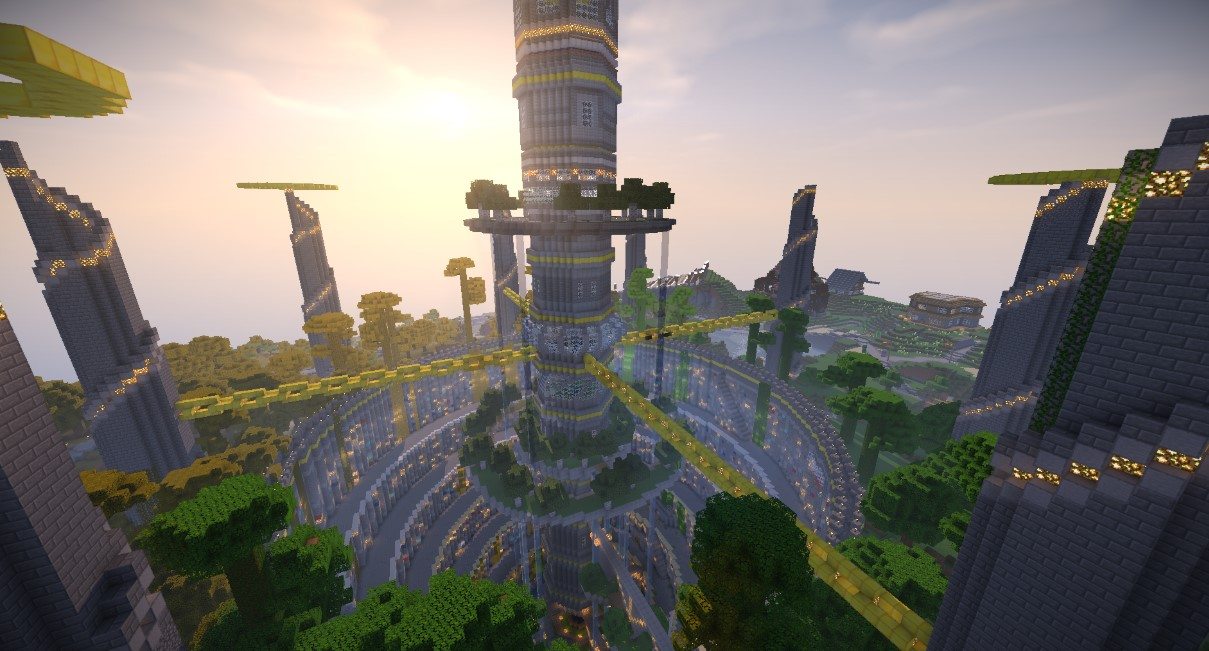 The Imgur gallery gives us a closer look at the Shirecraft map and by taking a look at it, we cannot believe that all of this is made by actual players. Everything is perfectly placed and the details are again, just amazing. However, there are a few places that are still under construction, but dedicated players are working on them continuously.

One thing that has severely gotten my attention is the railway system that has been established through which players can travel to almost any city in the map. Players have undoubtedly contributed a lot in building this system as each city has its own railway station connected with various railway lines.

The map also contains floating cities, towers which have their heads sky-high and tails deep below the ground, Hyrule castle from the critically acclaimed The Legend of Zelda series, some Lord of The Rings themed towers along with a lot more.

If you want to take even a deeper look at the Shirecraft map, then you can visit the official website of the map to get to know how you can get into this massive server.

Let us know what you think about Shirecraft in the comments below.