“Pirates of the Caribbean 5” has got a very less response in the US. But the film has opened to a massive response worldwide. The recently released “Baywatch” has failed to generate much interest. However, the old vintage power of Johnny Depp and Orlando Bloom did manage to attract global viewers confirming once again that people still love seafaring flicks.

According to Vanity Fair, “Pirates of the Caribbean 5” starring Depp as Captain Jack Sparrow earning have crossed $62 million so far and it is expected that the figures will soon increase as the Memorial Day holiday comes to an end.

Lowest Opening For ‘Pirates of the Caribbean’ Movie

The source says that it is still the lowest opening for any of the ‘Pirates of the Caribbean’ franchise flick since the release of its first movie, in 2002. But what it could not achieve in the US, it managed to do so globally. Worldwide the movie has managed to cross $200 million marks and is all set to become the film to get 12th highest opening overseas of all time. 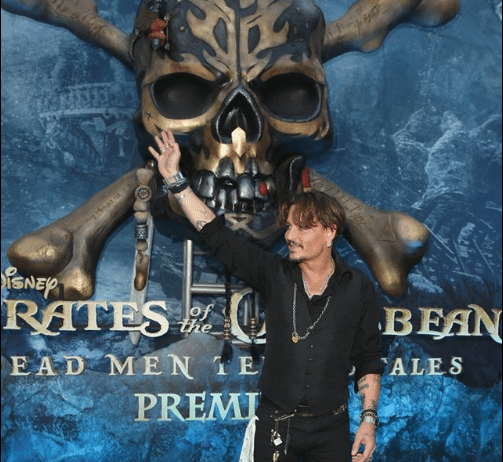 Indeed, it is a big news and achievement for both Disney and Johnny Depp. The production house recently faced some issues related to the hacking of the flick. Also, Depp’s popularity has declined over the years with his last movie not doing well at the box-office.

But the success of “Pirates of the Caribbean: Dead Men Tell No Tales” will surely give a new boost to Depp’s career.  Interestingly, “Baywatch” with a solid star cast still could not attract the audience and opened to just $18 million this week. It seems audiences are not interested in watching the same red swimsuits that they watched on the television.

Will There Be A ‘Pirates of the Caribbean 6?’

According to Screen Rant, the overseas response to the movie has increased the chances of Disney planning a sixth installment of the movie. Even the British actor, Orlando Bloom who reprised his role of Will Turner in the “Pirates of the Caribbean 5” said that Disney would like to do one more.

Although the directors Espen Sandberg and Joachim Ronning have not clearly said anything, they did say that Disney may make more. So fans can expect another installment of the franchise sometime soon.