MobiPicker
Security Hacking Pirates Of The Caribbean 5 Download Links Available in Blu-Ray, Full...
Share on Facebook
Tweet on Twitter
Deal Alert: 49% Off on ExpressVPN
Touted as #1 VPN in the world, ExpressVPN is now offering 49% off & an additional 3-months of service on its annual plans.

Pirates of the Caribbean: Dead Men Tell No Tales – the 2017 American fantasy swashbuckler film, the fifth installment in the Pirates of the Caribbean film series and directed by Joachim Ronning and Espen Sandberg – serves as a soft reboot of the insanely popular franchise. The epic characters of the series re-appear, bringing back nostalgic memories of On Stranger Tides. Johnny Depp will return as Jack Sparrow – oops, Captain Jack Sparrow! And Kevin McNally will play Joshamee Gibbs while Geoffrey Rush returns as Hector Barbossa. Inspired by the script of The Curse Of the Black Pearl, Pirates Of The Caribbean 5: Dead Men Tell No Tales revolves around Captain Jack Sparrow as he is pursued by an old nemesis, Armando Salazar who along with his Spanish Navy ghost crew escaped from the Devil’s Triangle and is now determined to kill every pirate at sea. 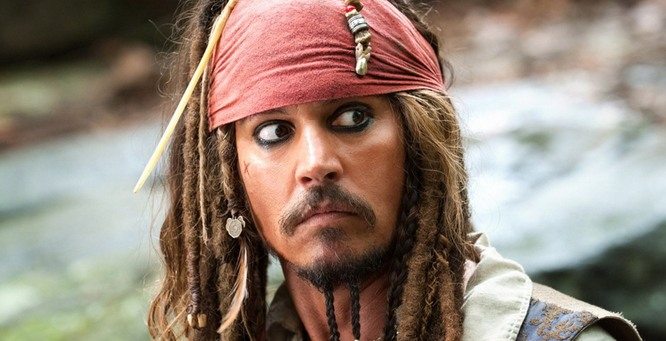 Pirates of the Caribbean 5 download links available in Blu-Ray

The movie hasn’t landed out of the blue on The Pirate Bay. Those looking to download Pirates of the Caribbean 5 will be surprised to know that the credit (or discredit?) for the leak on torrents goes to hacker group The Dark Overlord. The hackers had threatened to leak the movies on the web if Disney failed to pay the ransom they demanded in Bitcoins. And guess what? Disney didn’t pay. And The Pirates of the Caribbean 5 is up on The Pirate Bay!

The torrent link of the movie was uploaded by the hacker group The Dark Overlord on The Pirate Bay. But the link has been taken down now after FBI stepped in to catch the hacker group. Reportedly, Pirates of the Caribbean 5 was available for download in blu-ray and full HD. Those were searching for links to watch Pirates of the Caribbean 5 online were pleasantly surprised to see the torrent link of the movie already available in several torrenting sites.

A few days ago, The Dark Overlord held Netflix for a ransom after hacking a few episodes of Season 5 of Orange Is The New Black. Negotiations and talks with Netflix did not result in any concrete outcome and Netflix was defiant to settle the matter by paying the ransom demanded by The Dark Overlord. This pushed the hackers to leak all the hacked episodes. And this time, the hacker group has gone ahead and leaked Pirates of the Caribbean 5 full movie on torrent sites.

Pirates of the Caribbean 5 leaked on torrent sites

Now that the movie has already been leaked on torrenting sites, illegal websites that offer online streaming of movies for free will soon get hold of the print and make Pirates of the Caribbean 5 available for download and online viewing. Even though several of these links have been taken down already, it looks like The Dark Overlord is actively making the hacked copy available on several other websites.

So is downloading Pirates of the Caribbean 5 in blu-ray legal? Of course not! Unless you are downloading a legal copy, any act of copyright infringement is a punishable offence. And the free download of Pirates of the Caribbean: Dead Men Tell No Tales from illegal websites is no exception. Although the download looks perfectly malware-free, you may end up downloading a virus or a malware unknowingly. Worse, doing so could land you in serious trouble if Disney decides to take legal action against all copyright violators.

Pirates of the Caribbean 5 free download may be the best way to watch the movie for some movie buffs, but it can have its own consequences. WWE Studios recently filed a lawsuit in the United States District Court of Connecticut, requesting action on all those who infringed WWE Studios’ copyright by unlawfully acquiring, reproducing and distributing WWE Studios’ production – The Eliminators. World Wrestling Entertainment (WWE) Studios Finance has sued a group of BitTorrent users. And the company has the list of IP addresses of all users who downloaded the movie illegally and is demanding a fine of $150,000 per infringement!

So, think twice before downloading Pirates of the Caribbean 5 for free!