Remember those snarky little bastard from the Pikmin games? Turns out, Mario Maker for the Nintendo 3DS wasn’t the only game Nintendo announced. They’ve now confirmed another title for the Nintendo 3DS, Pikmin 3DS. Pikmin is a strategy game series by Mario creator Shigeru Miyamoto. The game focuses on a space traveler who lands on unknown planets. Captain Olimar has to take help from vegetable-like creatures called Pikmin and command them to do tasks, solve puzzles and fight enemies.

The game looks like a platformer which is a departure from the game’s 3D exploration roots. Also, the game has the striking similarity to the popular Lemmings game in DOS PC. Lemmings was a platformer that required players to give separate commands to each lemming being dropped into the level. The goal of that game was to let the set minimum amount of lemmings to the end of the level. Although, Pikmin 3DS won’t have the same in-game objectives as that but it appears to take some heavy inspiration from the 90s Lemmings.  You now control Pikmin from a side-scrolling platforming perspective and have to direct them to reach boulders and carry stuff and complete other tasks which would otherwise be impossible for Captain Olimar. The game also features enemies to beat using Pikmin attacks.

The ending of the Pikmin 3DS trailer shows Captain Olimar and the Pikmin being hunted and scared by a really giant alien creature. This could hint at boss fights in the game which require a clever and on-the-spot use of Pikmin to defeat the tougher enemies.

Pikmin 3DS will be coming to the Nintendo 3DS next year. Nintendo hasn’t revealed the month nor whether it would be coming to consoles. You can tune into MobiPicker for more news regarding Pikmin 3DS and Nintendo’s other up-coming titles. 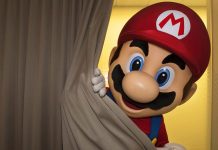 Nintendo 3DS Will Continue Getting Games Until 2018 According To Company