MobiPicker
Mobiles iOS Peach App is the New Competitor to WhatsApp on the iOS App...
Share on Facebook
Tweet on Twitter
Deal Alert: 49% Off on ExpressVPN
Touted as #1 VPN in the world, ExpressVPN is now offering 49% off & an additional 3-months of service on its annual plans.

WhatsApp, Facebook Messenger, LINE, and Viber are some of the most popular smartphone messaging apps, and it seems like no other app can surpass their success. However, we all know that it only takes some exciting and unique features to bring a new app to the top of the charts, and the new Peaches messaging app has the potential to do so. 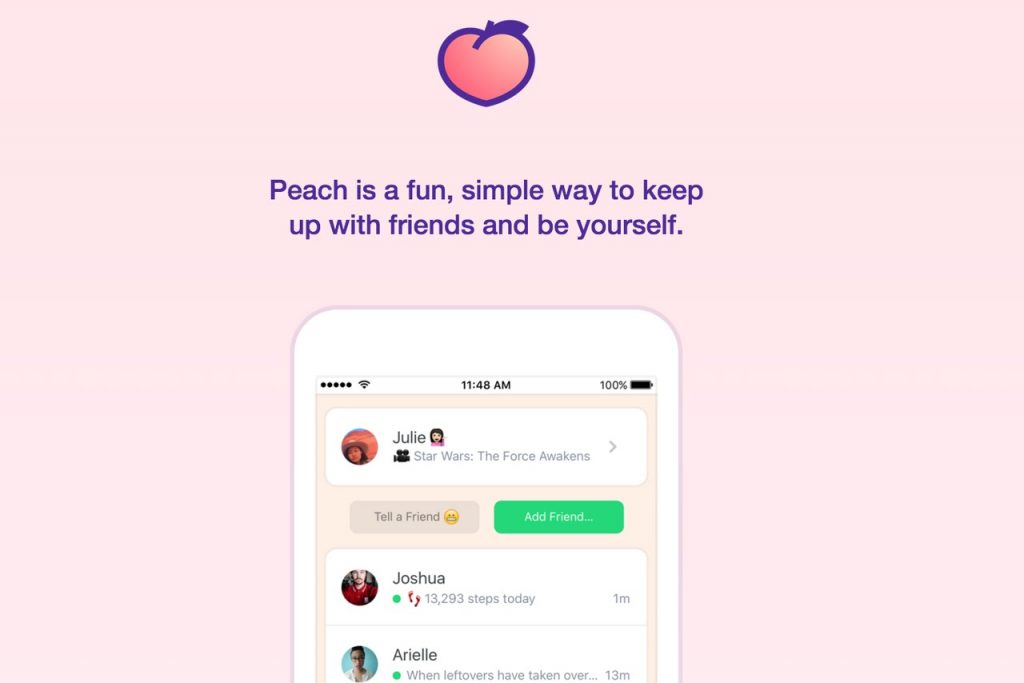 Peach is a new messenger app from the developers of Vine, and the new app is based on a never-before-though idea. The app uses “magic words” to perform specific actions. So if you want to post a status, then you can use the word “shout” for using emojis and writing down in a larger font on a colored background.

Magic words in Peach let you post information like what you are doing and where you are by using magic words like meeting, weather, here, movie, time, etc. You can share the name of the TV series of movie you are watching and can give it a rating so that other Peach users can see that feedback. Also, even if you have nothing to do or share, Peach gives you suggestions and asks question when you tap on light bulb icon.

You can easily find your friends on Peach and view their status, and you can upload status updates, pictures, and more on your own feed. There are several other options, like you can draw a sketch or doodle, share a song, rate anything on a scale of 1-5 star, and more. The app has got features as simple as a Facebook-like poke option by sending a boop, cake slice, or a 100 to your friend to let them know you are thinking of them.

Peach has got a website too that tells you about the app- Peach.cool. It is possible that we might see a web version of the app soon if it gains a good amount of popularity. The app is available for iOS only and is now available to download from the App Store. The internet is going crazy about the Peach app. Have you tried it yet?