Ever wondered how it would feel to work/play on a PC running Nvidia and AMD graphics cards at the same time? Well, the video below should give you a fair idea regarding that age-old query many of us have:

In the video above, originally posted by VentureBeat, the performance factor of the ‘hybrid’ setup has been thoroughly examined. To leave out any scope of ambiguity, Oxide Games’ Dan Baker chose to go with the graphics-intensive and massively popular real-time strategy game, Ashes of the Singularity.

During the experiment, they first ran the game in a system with an AMD card already installed and then added the Nvidia card later to observe any difference in the overall performance. Brad Wardell, chief executive at Stardock narrates. The video was shot during the Game Developers Conference (GDC) in San Francisco last week. 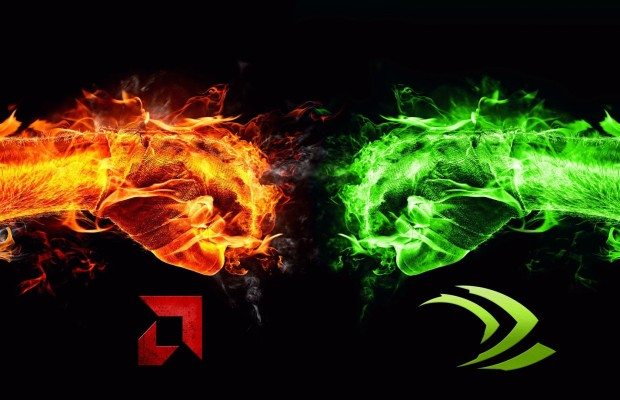 The configuration they used was specifically meant to allow the use of AMD and Nvidia video cards simultaneously within the same system. Worth noting, this configuration didn’t even require rather complicated setups such as CrossFire (AMD) or SLI (Nvidia) that link more than one card together – but only if they are from the same manufacturer.

Also, in both Crossfire and SLI, the two cards being used must be identical.

However, a setup like the one shown in the video will essentially enable people to add better cards as and when the need arises. Not only will it offer a significant boost to the performance, but any such setup will also enable users to spend less by adding comparatively cheaper graphics cards instead of upgrading to an expensive one – or for that matter, purchasing two cards for CrossFire or SLI-powered setups.

And finally, it will also be a big leap forward for those who are looking to have the best possible virtual reality experience (which typically requires high-end GPUs to operate seamlessly).