Park Bo Gum, the man who makes every girl weak in the knees and he keeps proving that time and again to us. The recent episode of 2 Days & 1 Night which aired on November 13, 2016, featured the guest appearance of Kim Yoo Jung. The reality show broadcasts a hilarious matchmaking game and more. This time when Kim Jong Min was on a short break, she out of a blue mentioned that Park Bo Gum has appeared as a guest on the show as on having Kim Yoo Jung on the show reminded her of her time when she did Moonlight Drawn by Clouds. 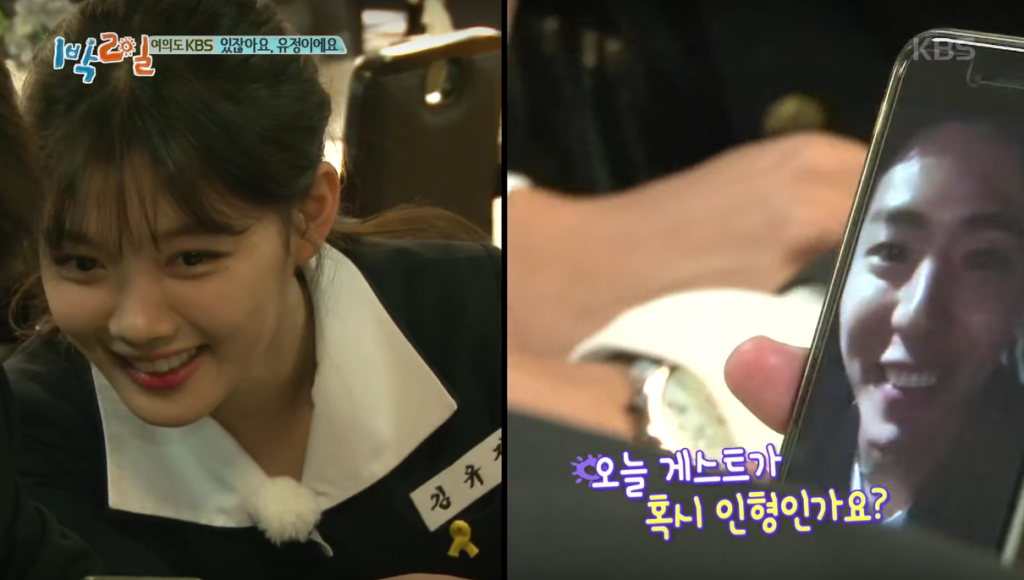 On seeing his co-star miss her old pals, Cha Tae Hyun gave Park Bo Gum a phone call, for having a casual exchange of words. After a formal greeting, Cha Tae Hyun notified Park Bo Gum that they have a very special guest today on their set and then moved the camera towards Kim Yoo Jung. On having a glimpse of his once co-star, Park Bo Gum commented that “Is today’s guest a doll?”.

When both the actors acknowledged each other in eyes, then Park Bo Gum, slightly flirted and said: “So Pretty”. Apart from this, it was quite evident that Park Bo Gum expressed a lot of affection and asked Cha Tae Hyun to take care of her. Upon knowing that Kim Yoo Jung is the only guest star in today’s show, Park Bo Gum said that he will be watching the show for sure.

The adorable exchange of cuteness on phone was way more sweet and mesmerizing. Isn’t it amazing to see a such a pretty conversation between two great stars?