Pangu is one of the most (or perhaps the most) respected iOS jailbreak teams in the community. The team has been active for quite some years and provided the latest iOS 9 and iOS 9.1 jailbreak this year. However, fans have been waiting in agony for a jailbreak since then, and even Pangu had kept quite for a long time. But the team has made some exciting announcements a couple of days back.

We already know that iOS 10 jailbreak is possible. Well, Pangu has finally jailbroken iOS 10 and demonstrated the same a few days back at the MOSEC 2016 conference in Shanghai. According to a report by Superphen, the Pangu iOS 10 jailbreak was unveiled at the event by the talented Chinese team. The jailbreak was done on iOS 10 beta 1 and Cydia was clearly shown running on the firmware. 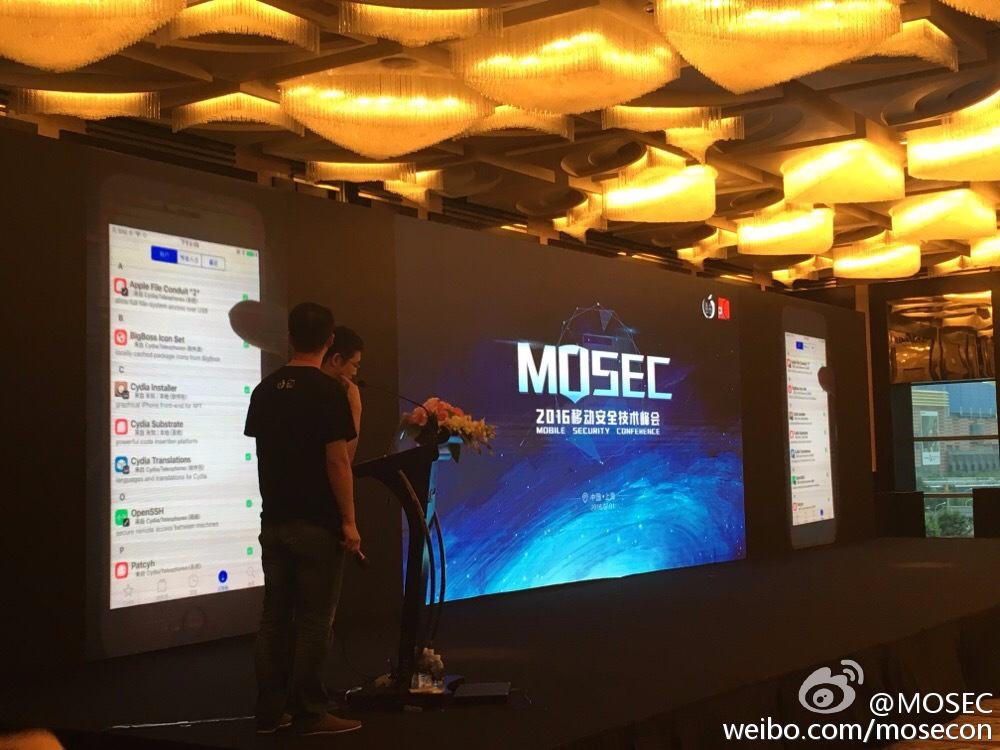 This means that Cydia is compatible with iOS 10, so apparently, Cydia-maker Saurik has something to do with this. Of course, Pangu will not release this jailbreak until iOS 10 is finally released to the public later this year. It is possible that Apple might patch the jailbreak in the upcoming betas. But as of now, this is quite a cheerful news for jailbreak fans.

Meanwhile, Yibada reported that Pangu has plans of releasing the iOS 9.3.2 jailbreak and might release it this month itself. The report goes as far as to suggest that the iOS 9.3.2 jailbreak release could happen within this week itself. As suggested by Neurogadget, Pangu may decide to wait for iOS 9.3.3 instead and might directly release an iOS 9.3.3 jailbreak. But that will happen only after Apple releases the final version of iOS 9.3.3 to the public, and that is expected to happen in a week or two maximum.

Even though these are mostly rumors, Pangu announcing and demoing a jailbreak is a relief to the whole jailbreak community. It’s much better than not hearing anything from any team. An IBTimes report says that how Pangu got Cydia working on iOS 10 is still a mystery, as that is very hard to do without the Cydia developer’s help. So is Saurik working hand-in-hand with Pangu? It’s possible.

As reported by Forbes, if you are already on an iOS version that’s jailbroken, you should not upgrade and wait for the next jailbreak to come out. If an iOS 9.3.2 jailbreak is released, then you can quickly update to iOS 9.3.2 and reap the benefits. If you update and the jailbreak is not released, you would have to wait until the iOS 10 jailbreak comes out. So stay where you are until Pangu announces or releases something.