MobiPicker
Mobiles Android Panasonic T50 Released at Rs. 4,990; Features Sail UI, 4.5″ Display, and...
Share on Facebook
Tweet on Twitter
Deal Alert: 49% Off on ExpressVPN
Touted as #1 VPN in the world, ExpressVPN is now offering 49% off & an additional 3-months of service on its annual plans.

Panasonic today launched a new smartphone, T50, in India. The smartphone is priced at Rs. 4,990 and comes in Rose Gold, Champagne Gold, and Midnight Blue colour options. The highlight of the phone is company’s Sail UI, which it says the “smoothest Android user interface yet.” The Sail UI on the T50 is based on Android 5.1 Lollipop. 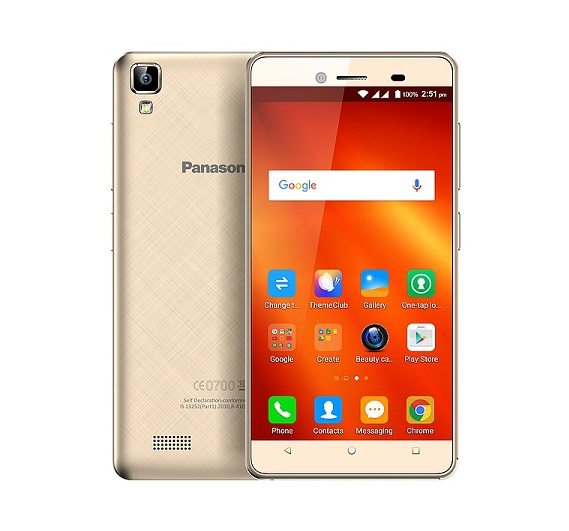 Specs-wise, the Panasonic T50 sports a 4.5-inch display with a resolution of 480 x 854 pixels. It is powered by a 1.3GHz Quad-Core processor, coupled with 1GB of RAM and 8GB of onboard storage. The internal memory can be expanded up to 32GB via microSD card. A 1,600mAh battery keeps the lights on.

As far as the camera is concerned, the Panasonic T50 features a 5-megapixel primary snapper with LED flash and a 2-megapixel selfie shooter. It comes with a number of connectivity options including 2G, 3G, Bluetooth, Wi-Fi, GPS, microUSB. The device measures 131.7 x 66.3 x 8.8mm.

“Our latest introduction in the Indian market is a novelty because it arrives with the launch of Panasonic’s in-house software, the SAIL user interface. The UI is even integrated into a specialized SAIL camera. It is an app-driven smartphone which combines 3G connectivity and multi-app smoothness for a flawless user experience in a handheld device,” said Pankaj Rana, Business Head, Mobility Division, Panasonic India.