MobiPicker
News Panasonic T45 4G quietly Launched in India at Rs. 6,990
Share on Facebook
Tweet on Twitter
Deal Alert: 49% Off on ExpressVPN
Touted as #1 VPN in the world, ExpressVPN is now offering 49% off & an additional 3-months of service on its annual plans.

Earlier this week, Panasonic launched Eluga Icon, and now has pushed one more smartphone – Panasonic T45 4G in the markets. The new phone is currently available for purchase via eBay at the price of Rs. 6,990, while MSRP is Rs. 7,290. 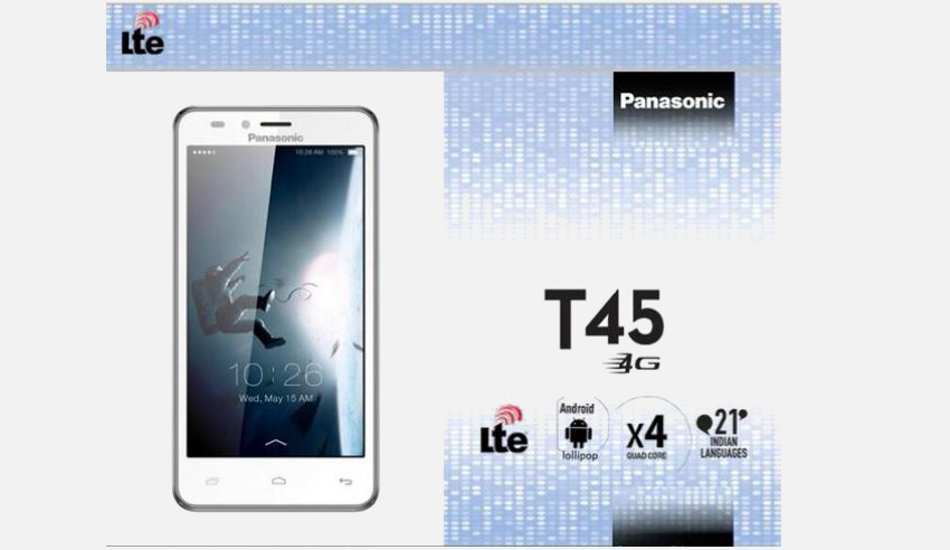 The phone is running on Android 5.0 Lollipop Operating System. The Panasonic T45 4G sports a 4.5-inch display with a resolution of 480 x 854 pixels, and packs 1 gig of RAM, 8GB of native storage, which is expandable up to 32GB, and a 1,800mAh battery. The handset is powered by a 1GHz quad-core processor.

The back of Panasonic T45 4G is garnished with a 5MP primary shooter, and a 0.3MP VGA placed on the front face. In the connectivity department, the phone will be connected via Wi-Fi, Wi-Fi Hotspot, Wi-Fi Direct, Radio, GPS, microUSB 2.0, GPRS, EDGE, 4G network, 3G network and Bluetooth. The phone comes with Dual SIM Capability, and is available in Black and White colour options.

You can also check other Panasonic Smartphones Specifications as well as all recent launches by Panasonic.