Overwatch Game Director Jeff Kaplan recently had an interview with Eurogamer, in which he shared what is really the first juicy information about the game since its release. It increasingly looks like Sombra will be an upcoming hero in the game, and that McCree will be getting a nerf for his Fan the Hammer move. 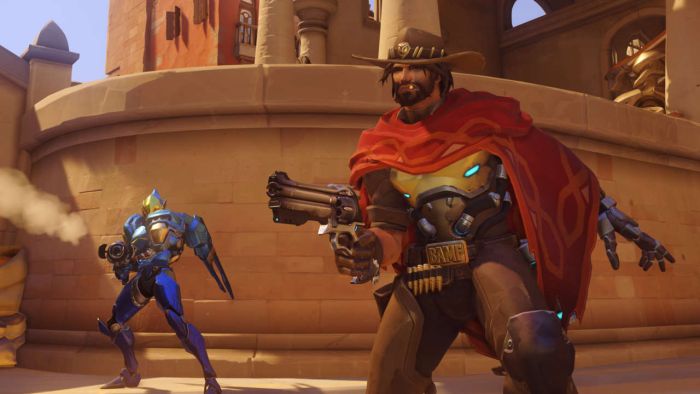 According to Kaplan, the nerf to Fan the Hammer comes as a result of McCree being an absolute tank-killer at the moment, which is not how the character is intended to be played. Instead, he is supposed to be a counter to Tracer, Genji and Reaper: someone fit for squishier targets. This appears to be the first balance change coming to the game, although no dates were revealed.

Additionally, the team is exploring options for D.Va: she will either see a change to the damage she does or a buff to her survivability as “she gets knocked out of that mech so quickly”. The team will choose one of the two directions, but not both. No other heroes seem to be on the balancing block just yet, so you can rest easy.

Play of the Game will also see a change, with different camera angles showing off how cool your play was. Kaplan also confirmed Sombra’s existence and admitted that the team placed a lot of hints regarding the mysterious new Hero. For more, check out the Eurogamer interview. Let us know what you think about the upcoming changes to Overwatch in the comments below, love!