A latest Overwatch Update has been released by Blizzard for both Xbox One and PS4. Patch Notes for the Console Changes have also been released. 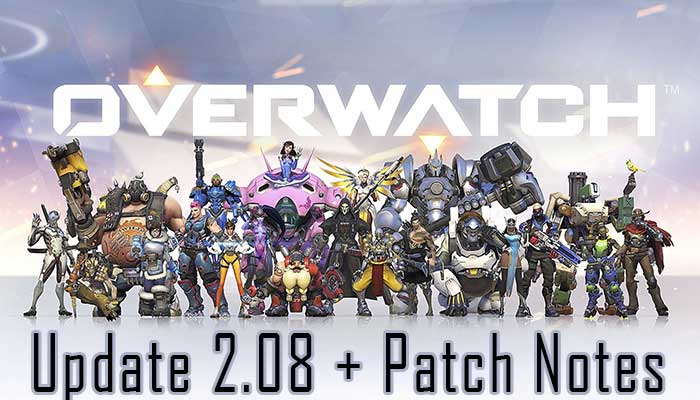 Blizzard recently released a new Update 2.08 for Overwatch on PS4 and Xbox One consoles. The PC version of the game remains the same, no changes have been made to it so far. Bizzard has also never confirmed that any changes will be coming to PC in near future.

The Patch Notes for PS4 and Xbox One console have been released by Blizzard. These patch notes were posted on the official game forum. The Patch Notes reveal that there have been slight changes to the recently released character of Orisa and Widomaker heroes.

Players on PS4 and Xbox One might witness a slight delay in Orisa’s movement while midair firing after the new patch. This new change is explained with details. According to the Development team’s message that read,

“Orisa’ s movement is slowed down slightly when she’s using her Fusion Driver. We noticed that some players were attempting to bypass this by repeatedly jumping while firing.

With Orisa, the Widowmaker Heroes have also been through some surprising tweaks in the new update on both PS4 and Xbox One. The change that’s clearly visible is the increase in Widowmaker’s Widow’s Kiss ammo capacity. It’s now increased from 30 to 31.

Bizzard has also confirmed that a number of new plans for new future updates are already in works. Blizzard released this news just after releasing the character of Orisa.

Based on these developments, we can say that Blizzard is not going to just sit after the new update that recently landed on PS4 and Xbox One. They have already started work on more future updates and they’ll definitely be releasing these new updates in near future.

Jeff Kaplan, the game’s director has recently pointed out to the new update and said that This includes a custom map editor, which would allow players to create their own battlegrounds.

He further stated that

We have this on our long-term roadmap and believe heavily in user-made content. But there are many challenges ahead of us and it will be a very long road before our editor can be made available to the public.