Overwatch Sombra is live on the PTR. New character has brand new skins, voice lines, highlight intros, victory poses, and sprays. We gotta say, Sombra looks awesome. She’s in the running for having some of the best skins in the game as a matter of fact. For the hacking highlight intro / a new highlight intro, the end of it should have Sombra saying, “Boop!” and tapping the camera in our opinion.

You can now play as Overwatch Sombra in the PTR

The first highlight intro actually HACKS someone else POTG so it fakes you out and makes you think someone else won, then it hacks it and Sombra’s there. It’s sick. Two of her voicelines are paying tribute to the movie Hackers. Honestly a cool touch from blizzard. Hack the planet and mess with the best and die like the rest ones.

Overwatch Sombra is coming to console soon. This is the PTR (PC only), where they test new things such as buffs, nerfs, heroes etc. Sombra will be coming to the console in like end of November or starting December. In regards to stopping enemy ultimate’s, Sombra cannot prevent an ult from executing after it’s been activated.

For example, while Sombra could prevent D’Va from executing Self-Destruct with a hack or EMP, she cannot prevent the mech from exploding once D’Va activates the ability. So, in the scenario where you wanted to hack Junkrat’s Rip Tire, it’s entirely possible to prevent him from using the ultimate ability with a hack, but once he’s activated it, your hack will not disrupt/destroy the tire or the resulting explosion.

Also, Sombra’s EMP is line-of-sight only. Enemies either outside of range or sight of the ability will not be affected. Exactly how with D’Va ultimate you can hide behind objects to avoid it. Aside from all this, she has new skins, emotes and sprays as well which you can check out in the PTR. 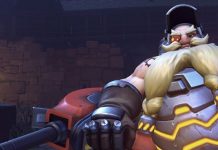