Overwatch is a mere 5 hours away from release. The game’s open beta drew in a massive 9.7 million players, so needless to say, it’s proven to be fairly popular. Fan art for the game is all over the Internets, and videos of Bastion wrecking everyone else are just as common. And no, Blizzard has absolutely no intentions of nerfing him. So when is the game coming out, and what exactly do you need to play it? 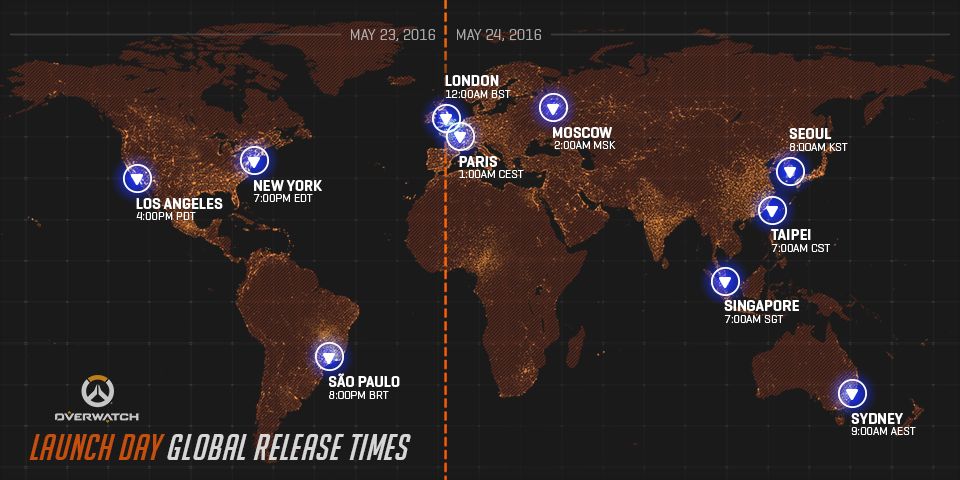 Overwatch will be releasing at 12:00 AM British Standard Time on May 24th. That’s 7 PM EDT and 4 PM PDT in the USA. That’s also approximately 5 hours away from the time of this writing. So if you’re reading this and you still haven’t bought the game, you really don’t have much time! Get in on this already! The game’s retail copies went out a day early to let players prepare for launch in advance.

Are you ready for Overwatch to take over your life? Let us know in the comments below.