A new mode and Christmas event could soon be coming to Overwatch, if recently discovered sound files for the game are any indication. Could we be getting a new PvE mode for Christmas? Maybe it’s some sort of Arena raid boss mode? What do you think?

The files, which were posted by Reddit user Venxa, include clips for new hero interactions, as well as a Christmas jingle, which NeoGAF user Nirolak notes is likely for a holiday-themed event.

Personally, we kind of want to see a “save the sleigh” mode. It’d be like 3v3 mode, but on a North Pole-themed payload map. You’d have Reinhardt, Tracer, and D.Va (three of the cheeriest heroes in the game) defending Santa’s sleigh from Roadhog, Symmetra, and Hanzo (three of the most serious characters in the game). The objective would be to escort Santa’s sleigh to their base, one at each end of the map. Base for Tracer, Reinhardt, and D.Va would be Santa’s Village, where Santa Torbjorn would be waiting for them. As the sleigh gets close to the village, Christmas-decorated destructible turrets will open fire to cover the good guys.

If the sleigh is moved away from Santa’s Village after the turrets are destroyed, Santa Torbjorn will rebuild them. Meanwhile, the base for Roadhog, Symmetra, and Hanzo would be a menacing looking Ice Cave where Grinch Reaper would be waiting for them. As the sleigh gets close to the base, Grinch Reaper will teleport in to assist the bad guys. If Grinch Reaper is killed, he’ll teleport back in about 10 seconds later, assuming the sleigh is still close to the Ice Cave. The team that has control over the sleigh will get a small healing aura on them, like Lucio’s passive ability. Whichever team is able to escort the sleigh to their base two out of three times wins. It’d be a fun mode to play as well as a good way to showcase Symmetra’s new abilities.

What do you guys think of the Overwatch Christmas event? Let us know.

Overwatch Update: A Huge FREE Update On the Way, But No Good News for US And UK Fans 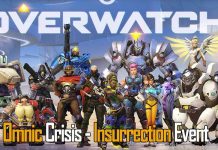 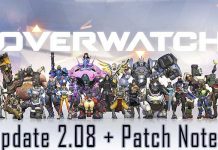