The character of, Bastion, has been the butt-end of some rather simple-minded and crude jokes regarding the ‘skill level’ of those who choose to play as him.

He has also received some backlash as well due to the perceived ‘lack of skill’ necessary to play as Bastion.

However, the character has its supporters as well, and apparently one of whom is Blizzard themselves. Which is why the company recently ‘buffed’ the character. 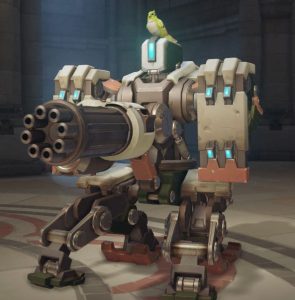 A Change of Mind

Unfortunately (for the Bastion lovers that is), this ‘buff’ has already been ‘nerfed’!

Due to numerous complaints and much negativity regarding Bastion’s new “Ironclad” ability, a passive ability that gives the character a damage reduction of 35% while deployed as a Sentry/turret and also while utilizing his ult as a tank, he has again been ‘nerfed’.

Although this time the ‘nerf’ is really more like a ‘lessening’ of the buff that was given in the first place.

Otherwise, “Ironclad” does not exist. 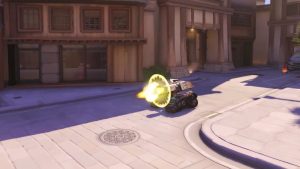 However, what should be of particular interest and note to all Overwatch players is the commentary that game director Jeff Kaplan made regarding the meta!

Kaplan’s words on the Battle.net forums were something along the lines of…

“One interesting thing is the actual meta vs. the perceived meta. The perceived meta is largely driven off of the professional scene and what gets played in tournaments. After those tournaments, really cool reports are written analyzing the pro scene. Those reports go out of their way to say that they are solely reflective of the pro scene and not necessarily representative of the player base at large. Yet people cite the pro pick choices as gospel,”

Basically, what Kaplan is trying to say is that people tend to assume that the meta for the pro players is the only thing that matters, and that the overall community has a bad habit of assuming that what the pro players pick and choose is the be all and end all of Overwatch while completely ignoring the fact that the real meta is completely different from what the pro meta is.

This is certainly something to chew over since many players (if not most even) really do tend to just simply look at what the pros are doing and then take that as gospel.

Hopefully, this will be the beginning of a new trend amongst both the gamer community and the greater overall game developer community wherein everyone involved actually looks at the bigger picture instead.

As opposed to just simply mindlessly following what a select few ultra-elite players do.

In any case, happy gaming!