Outlander fans have a reason to enjoy now since the last episode of the upcoming season is now being written which means that the season is about to be wrapped up. Writer and executive producer of the show Matthew B. Roberts announced that the script is now being completed and now the editing process has begun. According to reports, Roberts has written the last scene of the final episode i.e. “Fade Out”. 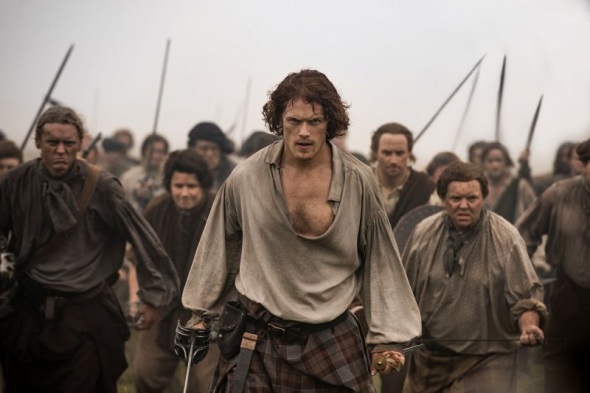 As soon as Roberts posted this on Twitter, many fans came online and expressed their support as a mark of their long wait for the release of the third season. For fresh readers, the upcoming season is based on the Gabaldon’s book “Voyager”. News about the writers of the show being busy in reading the book “Drums of Autumn” has also sparked some excitement in the fans since it is assumed that makers can incorporate some of the parts from the book as well and mix it with the main story line of Outlander.

As spoilers were revealed at the beginning of the month of March, it was declared that the upcoming season will feature the Battle of Culloden, More, the writers of the show had also promised that the third season will have a “spine-tingling” twist which is sure to make the fans boggle with lot of questions. Well, we also hope for the same as Outlander is awaited since the beginning of the year. The filming of the third season is being done in Cape Town, South Africa where Gabaldon was also invited to observe the shoot. The third season of Outlander is scheduled for release in September this year with no finalized date as yet. Stay tuned with us for more updates. Keep up!