Outlander – the British-American television drama series based on the historical time travel Outlander series of novels by Diana Gabaldon, developed by Ronald D Moore and produced by Sony Pictures Television and Left Bank Pictures for Starz – has been going strong with high ratings. The second season premiered in April 2016. In June 2016, Starz renewed Outlander for the third and fourth season. The upcoming seasons will adapt the third and fourth Outlander novels – Voyage and Drums of Autumn. However, even before the premiere of Outlander Season 3, an important member of the crew has quit the show. Read on to find out why! 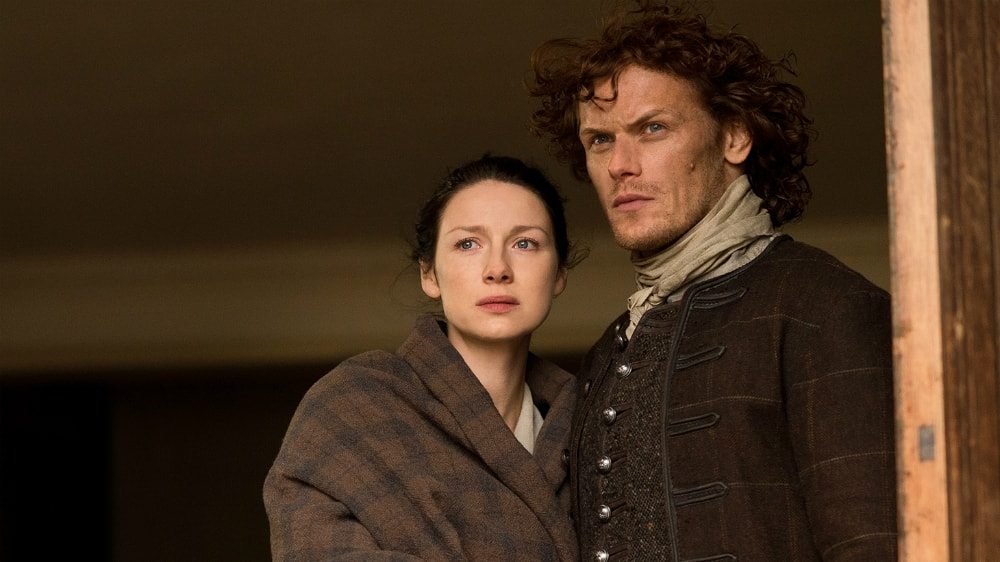 Anne Kenney, one of the original writers on Outlander, has announced that she will be quitting the series. Anne Kenney, who’s also the co-executive producer of the show, has confirmed on Twitter that she is leaving the show since Season 3 has finished production. Replying to a fan who asked if she’d be writing any episodes in Season 4, Anne Kenney tweeted that Voyager will be her last. 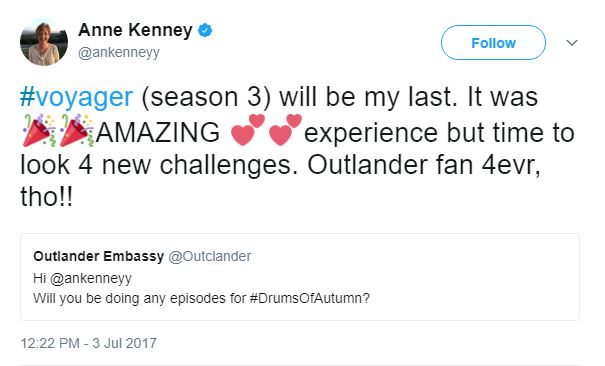 Kenney, explaining why she is leaving, said that it’s now time for new challenges but that she will continue to be a fan of Outlander. She also revealed that Season 4, which is currently being written, has mostly women workers working on it. Kenney is most famous for Season 1 episode – The Wedding – where Claire is forced to marry Jamie Fraser.

Having written six episodes through the first two seasons, Kenney has also written the second episode of Season 3. She has also previously worked on shows including L.A. Law, Switched at Birth and Greek. And now, Kenney is keen on moving on with newer challenges.

Outlander Season 3 is set to premiere in September this year on Starz. 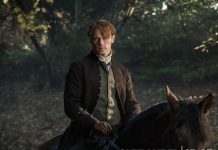