MobiPicker
Deals Oukitel U8 Now Priced at $110 for Limited Time Offer
Share on Facebook
Tweet on Twitter
Deal Alert: 49% Off on ExpressVPN
Touted as #1 VPN in the world, ExpressVPN is now offering 49% off & an additional 3-months of service on its annual plans.

Many of you might not have heard the name of Oukitel U8, but the phone is worth checking out for its specifications and affordable price tag. For the price of $140, the company has brought a real competitor to the Elephone P7000, which has also been in waves for a long time. 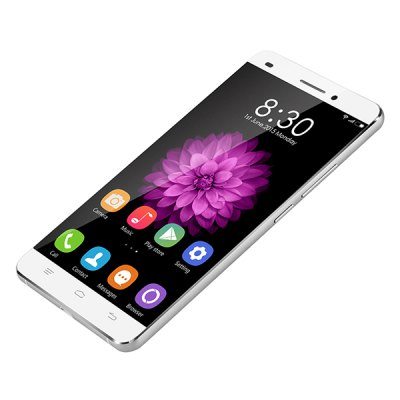 Equipped with a 5.5 inch HD display with 2.5D curved glass, the phone is powered by a MediaTek MT6735 quad-core CPU, paired with 2GB of RAM. The Oukitel U8 could make your moments live with its 13-megapixel rear camera, while a 5MP front-shooter will not disappoint the selfie-obsessed generation. It packs 16GB of onboard storage, and a 2,850mAh battery which keeps the all features active.

Running on latest Android 5.1 Lollipop out of the box, the Oukitel U8 keeps your data protected with ‘touch’ fingerprint scanner. You could unlock your device by just a single tap, instead of swiping over this, similar to many smartphones available in the market.

If you have ever wanted a smartphone with high-end specifications, but could not make it happen due to low budget, then these Chinese brands are here to make your dream come true. And wait, we have a deal too, the Oukitel U8 is currently available at a much competitive price from Everbuying website. The retailer is offering the handset at just $110 for a limited time and will be resumed back to $140 when the offer ends.

Everbuying is also running a promotion activity for a couple of Oukitel products including Oukitel U10, U2, and Oukitel A28 smartwatch, which is currently live from yesterday.

Oukitel U8 Image Gallery
1 of 5