MobiPicker
Deals Oukitel U7 Available at Just $49.99 during Wednesday Sale in September
Share on Facebook
Tweet on Twitter
Deal Alert: 49% Off on ExpressVPN
Touted as #1 VPN in the world, ExpressVPN is now offering 49% off & an additional 3-months of service on its annual plans.

We’ve seen several good quality smartphones at $100 price range such as YU Yuphoria, Xiaomi Redmi 2, Lenovo A2010, Phicomm Energy 653 and few others. Now it is time to have a look on $50 price smartphones. Yes, you heard it right, today we will tell you about a smartphone which is priced at just $49.99. 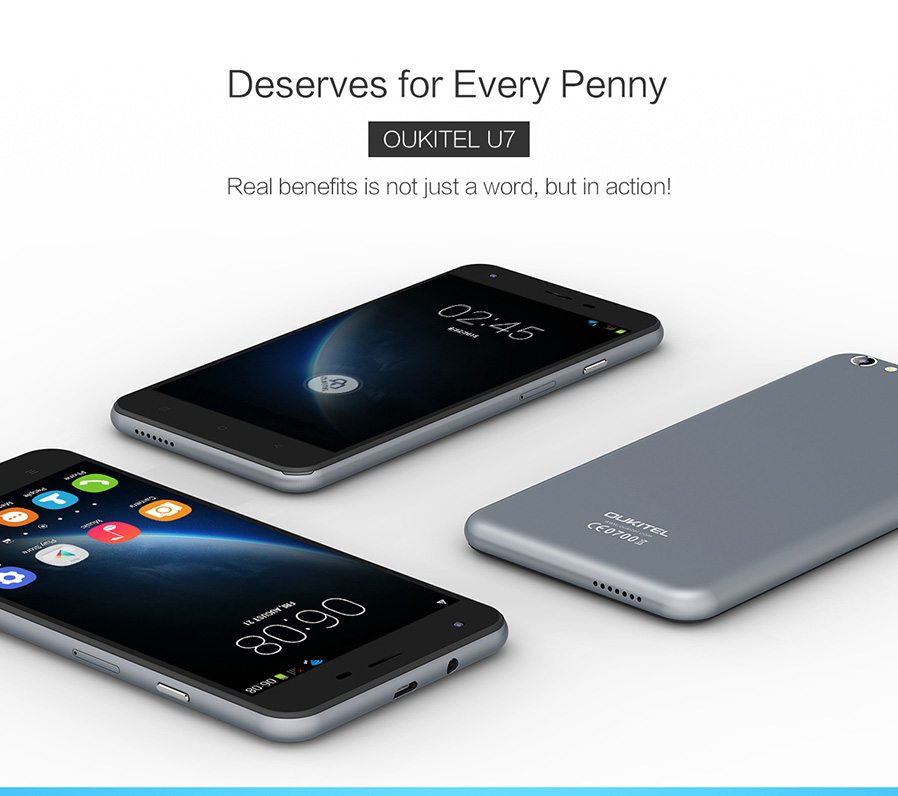 The Chinese mobile maker Oukitel recently released its U7 smartphone for the price of $69.99, but it will be available for purchase at just $49.99 during flash sales organized by Chinese online retailer Everbuying. According to information received, the retailer will organize a flash sale for Oukitel U7 on every Wednesday during September month i.e. Sep 2nd, Sep 9th, Sep 16th, and Sep 23rd. The sale will start at 9:00GMT on each flash sale day, where the Oukitel U7 will cost only $49.99, but it will be limited to 10 units on each day. Once the first 10 units will be sold out, the smartphone will be priced back to its regular cost of $69.99.

In terms of specs, the Oukitel U7 with a 5.5-inch qHD (960*540) display. It’s powered by a 64-bit quad-core MediaTek MT6582 processor, clocked at 1.3GHz with 1 gig of RAM. It packs 8GB of built-in storage plus a microSD card slot for storage growth up to 32GB. There is an 8MP back snapper with LED flash, and a 2MP front-facing shooter. A 2,000mAh battery keeps the engine humming.

While all these are virtually the exact same specs we’ve experienced on different entry level device, the assembled of the unit is the thing that makes the difference. The Oukitel U7 does not look like a smartphone that is $50 and the rear of the apparatus nearly resembles with the iPhone 6 and has rounded corners. 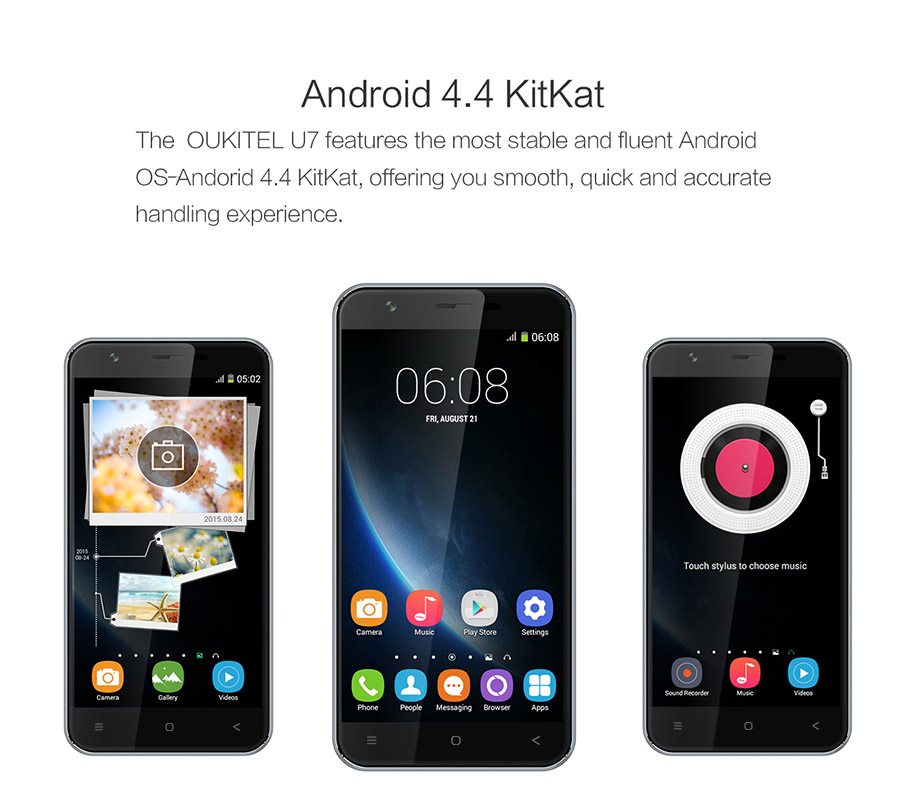 The unit misses the 4G LTE support while offering other essential connectivity attributes like 3G, Wi-Fi, Bluetooth 4.0, GPS/A-GPS, and microUSB 2.0. This can be among the most effective entry level smartphone which can be advocated for everyone who is able to dismiss the shortage of 4G LTE support.