Having earned itself a name in the entry-level and budget flagship categories in several major smartphone markets worldwide, OUKITEL is reportedly working on a new handset boasting a six-inch display.

Dubbed OUKITEL U16 Max, the new handset will probably incorporate the Low-Temperature Poly-Silicon (LTPS) technology along with 2.5D polishing. For the uninitiated, the LTPS tech is designed to ensure an enhanced transparency of the screen which, in turn, yields in brighter and sharper display with enhanced colors. Speaking of the display, the 6.0-inch screen of the U16 max will have full HD capability and flaunt a resolution of 720 x 1080p alongside 5-point multi-touch. As for the screen material, the handset will carry a high-quality JDI screen imported from Japan. 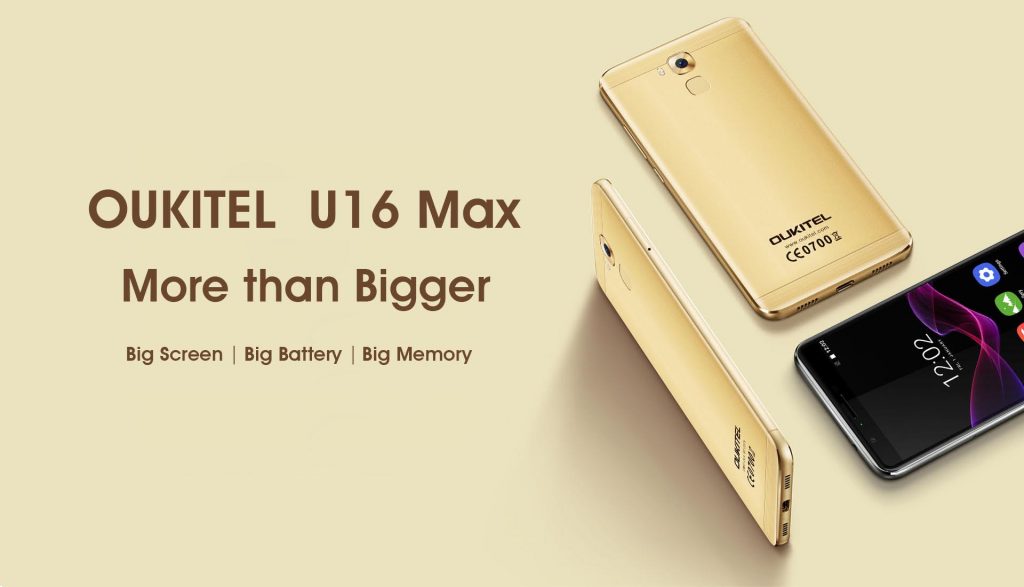 While we can not confirm the exact specs under the hood right way, it’s extremely likely that the U16 Max will boast an eight-core processor for powerful performance and smooth handling. Meanwhile, as the new budget-flagship from the company, the device is likely to be powered by the Android 7.0 Nougat.

While we are yet to have the official confirmation from OUKITEL, the U16 is likely to be introduced later this month.

Last but not the least, the U16 Max has been chosen as an Aliexpress exclusive at launch. Worth noting, this is the only OUKITEL model chosen by Aliexpress official so far for its top-level flash sale for the “3.28” Aliexpress Anniversary celebration. So, anticipating consumers can expect some heavy discount on the handset when the flash sale finally starts.