MobiPicker
Mobiles Android OUKITEL K6000 Plus Mid-Year Flash Offer Is Now Going On
Share on Facebook
Tweet on Twitter
Deal Alert: 49% Off on ExpressVPN
Touted as #1 VPN in the world, ExpressVPN is now offering 49% off & an additional 3-months of service on its annual plans.

The first half of the year 2017 is almost going to end soon. Various kinds of products are now available on flash sale on AliExpress. OUKITEL is one such company that is making its K6000 Plus smartphone available at discounted price on the Chinese retailer site through the mid-year flash sale.

OUKITEL K6000 Plus is one of the impressive phones from the Chinese firm. It comes with a 5.5-inch display that offers a resolution of 1,920 x 1,080 pixels. As most OUKITEL phones deliver, the K6000 Plus also offers big battery. Apart from the large battery, it also brings various exciting features such as fast charging, more memory and impressive camera. 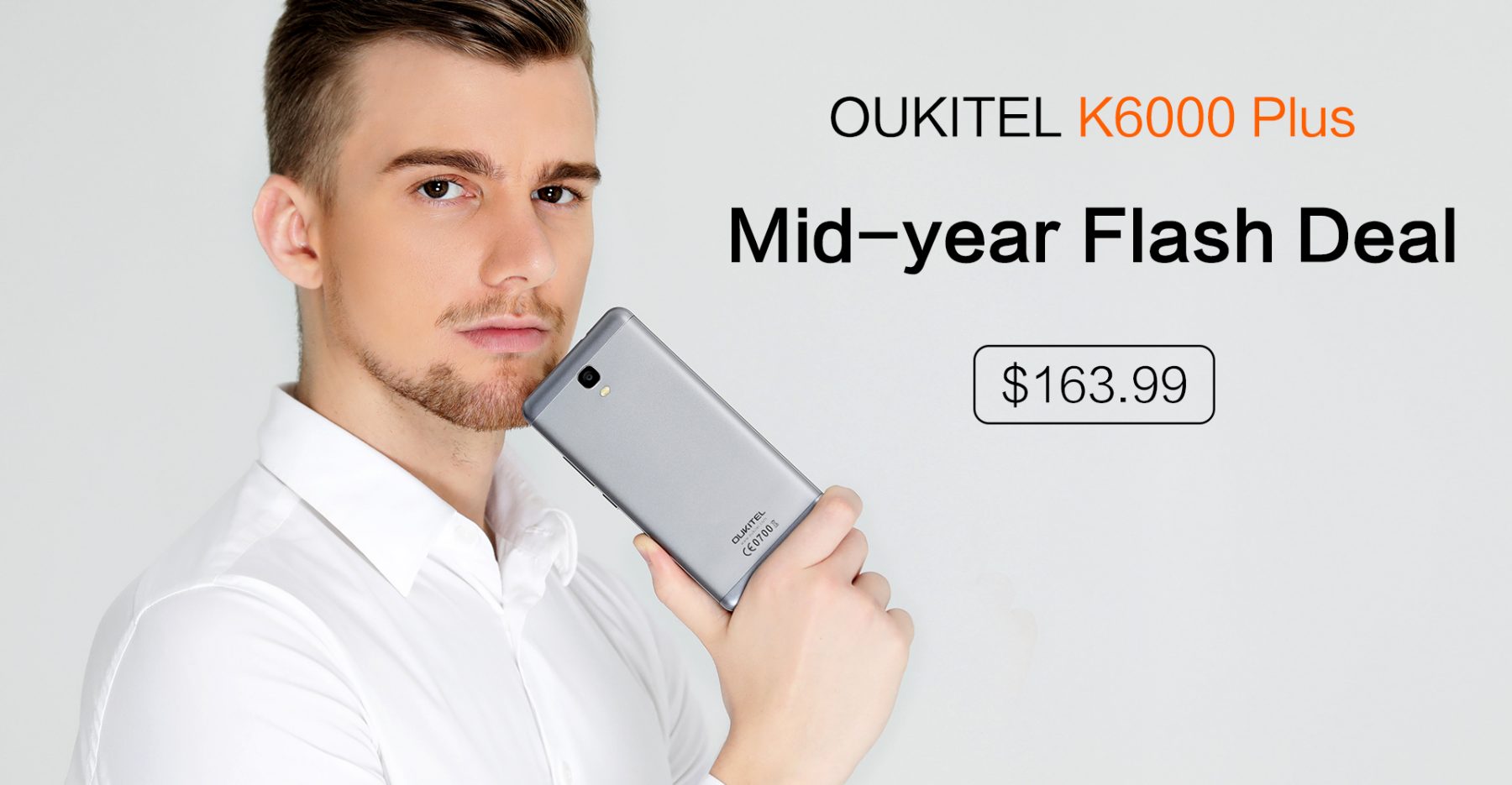 The K6000 Plus is running on MediaTek MT6750T chipset that includes an octa-core processor that clocks at 1.5 GHz. The SoC together with 4 GB RAM offers smooth performance. The native storage of the phone is 64 GB. Hence, it is a budget smartphone that offers impressive performance.

For photography, the OUKITEL K6000 Plus features 16-megapixel rear camera and 8-megapixel front camera for shooting amazing photos. The inclusion of the PDAF promises good quality photos. However, the first batch K6000 Plus has not delivered good camera performance. Hence, the company has released new software updates. After installing them, both cameras perform better. OUKITEL also wanted to provide the users of K6000 Plus with HDR feature for camera. However, because of some bugs, it was not added. It is expected to arrive in the near future.

The latest software also optimizes the performance of the fingerprint scanner, and apps to work in more stable manner. Users who wish to flash the original ROM check it here and use the available tool and follow the correct process .

The K6000 Plus is already available at a cost-effective price tag of $179. However, through the mid-year sale on AliExpress, it can be availed for $163.99 from this store before June 24.