MobiPicker
News Oukitel K6000 Packs a 6000mAh Battery with 40 Days Standby Time
Share on Facebook
Tweet on Twitter
Deal Alert: 49% Off on ExpressVPN
Touted as #1 VPN in the world, ExpressVPN is now offering 49% off & an additional 3-months of service on its annual plans.

Oukitel, a Chinese smartphone manufacturing company shall be launching a new phone, the K6000. The main specialty of the device lies in its powerful battery which is at a whopping 6000mAh.

The battery if charged once can last up to 10 days in a particular power saving mode. It also has a standby time of 40 days if kept completely on standby. What is impressive is that it can play 46 hours of continuous music. All these specifications can make any techie go weak, but what needs to be seen is whether the device can actually live up to its expectations. 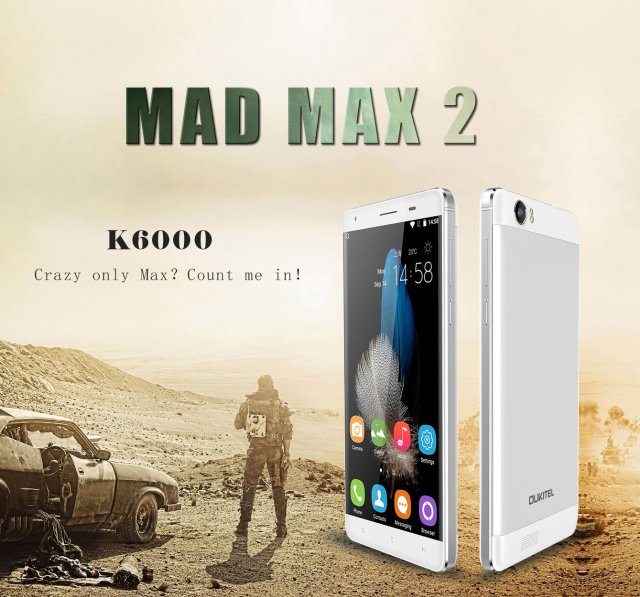 Apart from the humongous battery life, the Oukitel K6000 has a feature flash charging with a 9V/2A support that pairs well and is utmost necessary with such a huge battery. The uniqueness of the flash charging lies in the fact that it allows users to get up to 2 hrs of talk time with just 5 minutes of charging. There is also a attribute of reverse charging that allows the device to charge other devices including smartphones.

According to a report from Gizmochina, there is no info on the other specs of the device, but it should be equally impressive as the battery. The design also appears simple and lucid and looks similar to other flagship devices from OPPO and Huawei.

There is also no information on the gadget’s price, but hopefully we shall get to know a lot of facts about it in a week’s time.