Following the trend of bezel-less displays, OUKITEL will be coming out with a new smartphone that’d sport an 18:9 display. Not only the elongated display, the phone will also join the dual-camera bandwagon, justifying a smartphone coming out in 2017. The company has assured that the OUKITEL K5 would go on sale before this year ends. 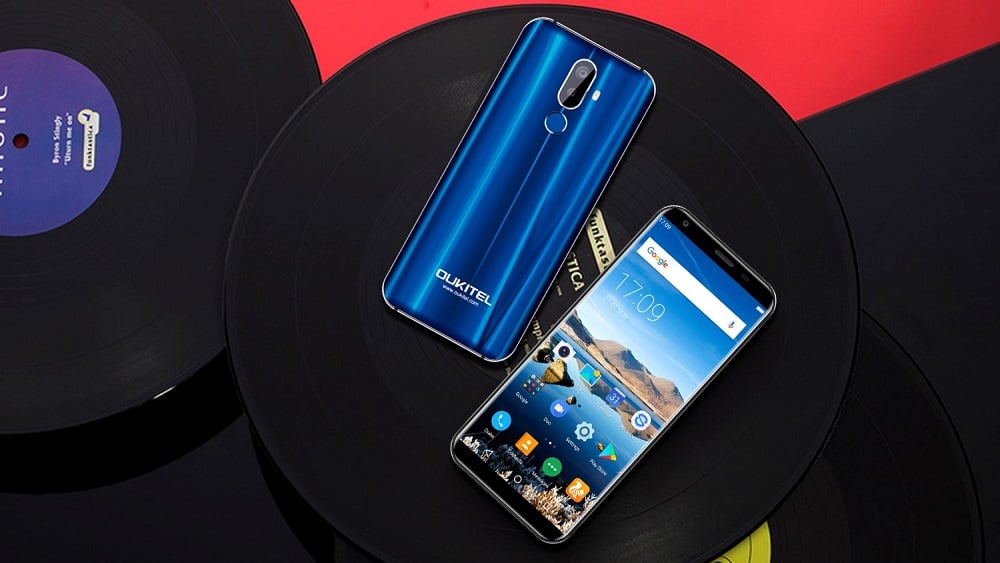 To start with, it is the design that makes the OUKITEL K5 stands out from the dated looking budget to mid-range smartphones. While the front has a large bezel-less display, the back also has a shiny glass finish. The sandwich design is usually seen on the high-end smartphones that cost way more than this. It is the back where the fingerprint sensor sits right below the camera housing.

The display on the front is a 5.7-inch one with a resolution of 1440 x 720. As mentioned above, it is an 18:9 display that comes covered with a 2.5D glass. With its narrow build and a perfect screen size, the OUKITEL K5 is perfect for one hand usage and is also easier to manage than most other phones with a screen of this size.

OUKITEL has also included a massive battery of 4000mAh that should last for a couple of days on normal usage. The phone will come powered by a MediaTek MT6737T processor and has 2GB of RAM along with 16GB of internal storage.

For the camera, you will get a total of three camera units on this device, two on the back, while a single on the front. The dual-camera setup on the back of the phone includes one 13MP primary camera along with the secondary camera of 2MP. The one on the front is of 5MP.

No detailed information about the phone has been shared by the company and its price is also not yet known. OUKITEL K5 should be out by the end of this month or early next month. Taking into consideration the past launches by OUKITEL, you can expect a price that is much lower than the competition.