If you like to keep up with the latest happenings in the smartphone industry, then you might remember the OUKITEL K4000 smartphone we talked about in 2015. The company is known for its crazy marketing techniques, as it power-drilled the K4000 to show how strong it was. This year, OUKITEL is back again with the OUKITEL K4000 (2016) that is apparently stronger than the 2015 model. 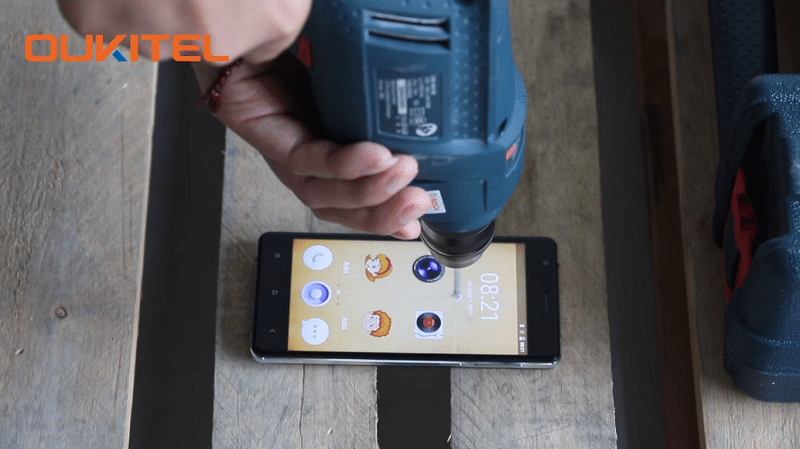 As you can see in the video below, the OUKITEL K4000 2016 Edition has been drilled four different times on four different spots of the display. To test the durability of the device, the music player was turned on, but the phone was playing music even after the screen went out after some minutes. Any other normal phone can not take such severe drilling and will surely break in a few seconds, which is why the K4000 can be great for people who keep dropping their phones.

The most surprising part of this phone is its pricing, which is just $86.99! However, GearBest is selling this phone for $84.89, which is really a great deal. The phone gets a quad-core MediaTek processor, 2GB RAM, 16GB internal storage, 13MP/5MP cameras, and a large 4000mAh battery. What more can you ask for less than a $100?