MobiPicker
Mobiles Android OUKITEL K3 Global Pre-orders Started With a Pricing of $139
Share on Facebook
Tweet on Twitter
Deal Alert: 49% Off on ExpressVPN
Touted as #1 VPN in the world, ExpressVPN is now offering 49% off & an additional 3-months of service on its annual plans.

The all new OUKITEL K3 smartphone is now available on global pre-orders through AliExpress and Banggood Chinese retailer sites. The Chinese company claims that the smartphone is designed for businessmen and has all the features that a businessman would need.

The retail pricing of OUKITEL K3 is $179. However, during the first pre-orders, the OUKITEL K3 will be available with a lower pricing of $139. The company is not only providing a discount of $40 during the pre-orders but also giving an additional $20 gift bag.

The OUKITEL K3 is a feature-rich budget-friendly smartphone that comes with impressive dual rear and front cameras and a long last battery. It is built to deliver smooth performance. OUKITEL has released a 3D video of the smartphone to show of its amazing design and features.

The video shows how beautiful the symmetric design of the OUKITEL K3 is. The smartphone sports a glossy appeal with dual curved edges.  It is fitted with a 5.5-inch display from SHARP. The front side of the smartphone features a dual camera system that includes a 16-megapixel sensor and a 2-megapixels sensor. The same set of camera sensors are available on the backside of the OUKITEL K3.

The smartphone is powered by MediaTek MT6750T octa-core processor along with 4 GB of RAM. It has an internal storage of 64 GB. It is enabled with some sensors like gyroscope, geomagnetic sensor and a fingerprint reader. It is equipped with a 6000mAh battery that supports fast charging through 9V/2A flash charger. 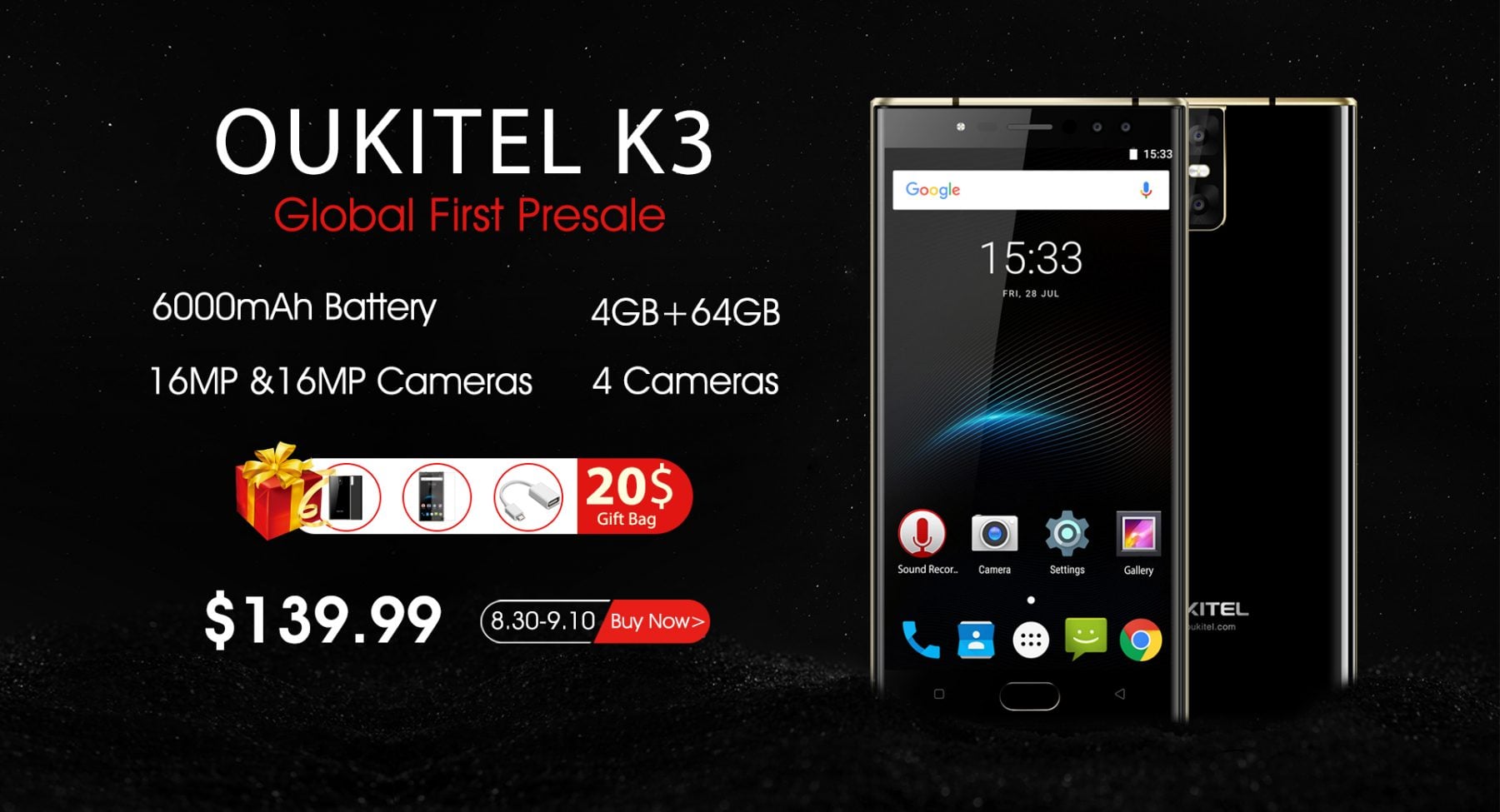