MobiPicker
Mobiles Android OUKITEL K3 Features Dual Rear and Front Cameras Powered with Samsung IC
Share on Facebook
Tweet on Twitter
Deal Alert: 49% Off on ExpressVPN
Touted as #1 VPN in the world, ExpressVPN is now offering 49% off & an additional 3-months of service on its annual plans.

The OUKITEL K3 is the newest smartphone from the Chinese company that is designed for business people as it comes with a large-sized battery, a fantastic set of cameras and impressive specs.

OUKITEL says that when there is a business conference going on, one may want to snap a photo of the large screen. The OUKITEL K3 will allow users to snap awesome photos in low-light conditions even from a good distance. The Chinese firm has revealed some more information on the cameras of the OUKITEL K3 through the video.

The two 16-megapixel camera sensors come with a f/2.2 aperture are powered by Samsung S5K3L8 IC. Moreover, the Chinese firm is working on refining the photo shooting experience on the smartphone. 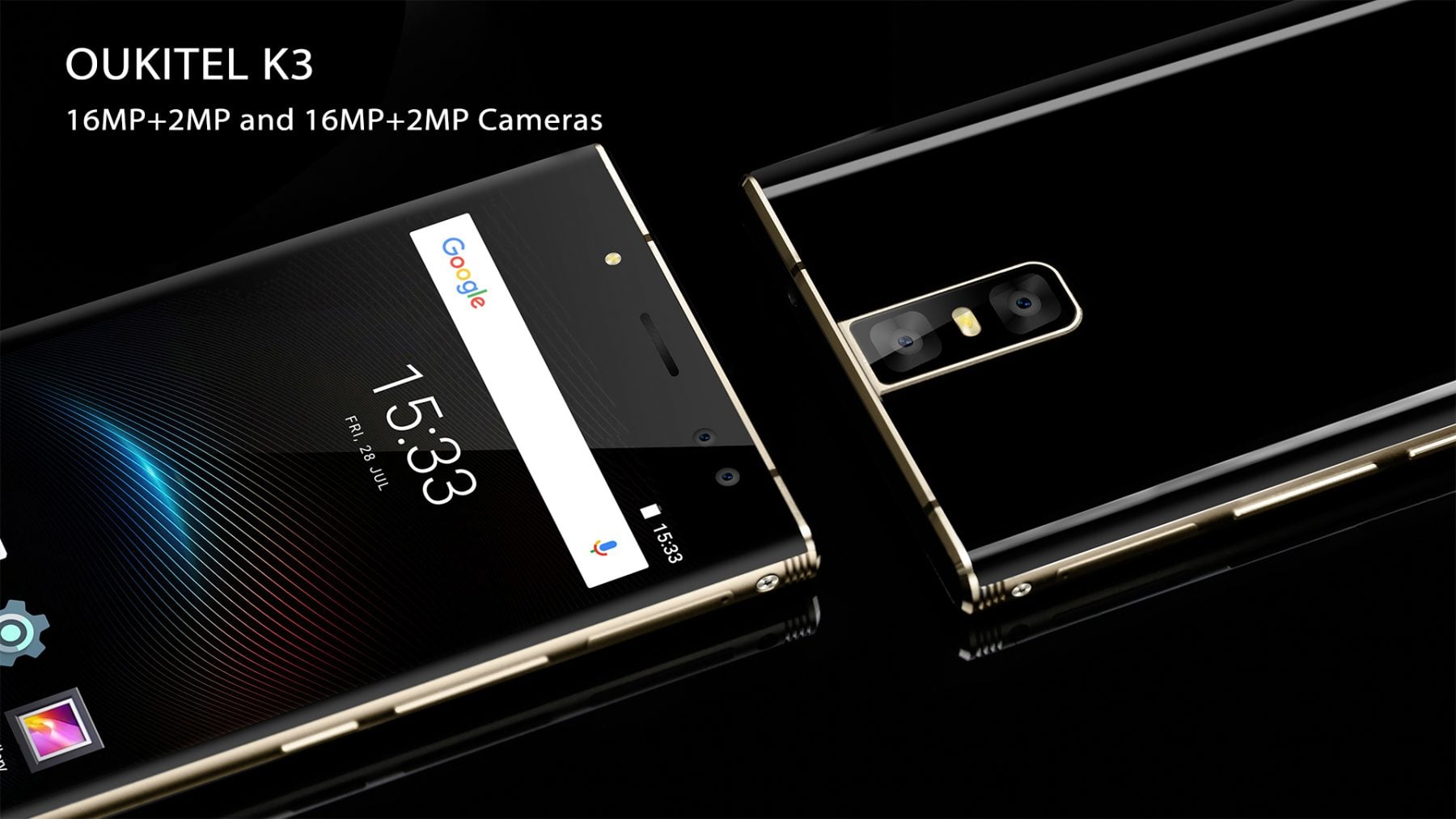 Around a week ago, the specifications of the OUKITEL K3 had surfaced. It features a 5.5-inch display that produces a full HD resolution of 1,920 x 1,080 pixels. The smartphone is driven by MediaTek MT6750T chipset that features a 1.5 GHz octa-core processor that is coupled with 4 GB of RAM.

The pre-order of the OUKITEL K3 is scheduled to begin in early September. Banggood is the exclusive authorized reseller of the smartphone. For initial batches of orders, OUKITEL will work together with the Chinese retailer to provide the OUKITEL K3 with an attractive pricing.