MobiPicker
Mobiles Android OUKITEL K10000 Max Features Showcased in an Official 3D Video
Share on Facebook
Tweet on Twitter
Deal Alert: 49% Off on ExpressVPN
Touted as #1 VPN in the world, ExpressVPN is now offering 49% off & an additional 3-months of service on its annual plans.

OUKITEL is well-known for its K10000 series smartphones, and now the company is heavily marketing the K10000 Max that not only comes with a large battery but also possesses dust and water-resistant capabilities. The smartphone has been built for outdoor activities, and its huge battery ensures that its owners can involve in various adventurous activities without worrying about charging it.

The OUKITEL K10000 Max features a 5.5-inch full HD display that is shielded by Gorilla Glass layer. The rear side of the smartphone has a 16-megapixel camera whereas an 8-megapixel snapper resides on its front side. A huge LED flash is placed above the rear-mounted fingerprint reader. This LED flash can not only illuminate the subject while shooting photos but also it can be used as a flash light in the dark.

The OUKITEL K10000 Max comes with a 9V/2A charger that ensures quick charging feature for the massive battery. The device is packed with a 3 GB of RAM and 32 GB of internal storage. MediaTek MT6753 chipset powers the smartphone. The ergonomically designed K10000 Max can stand upright on all four sides. 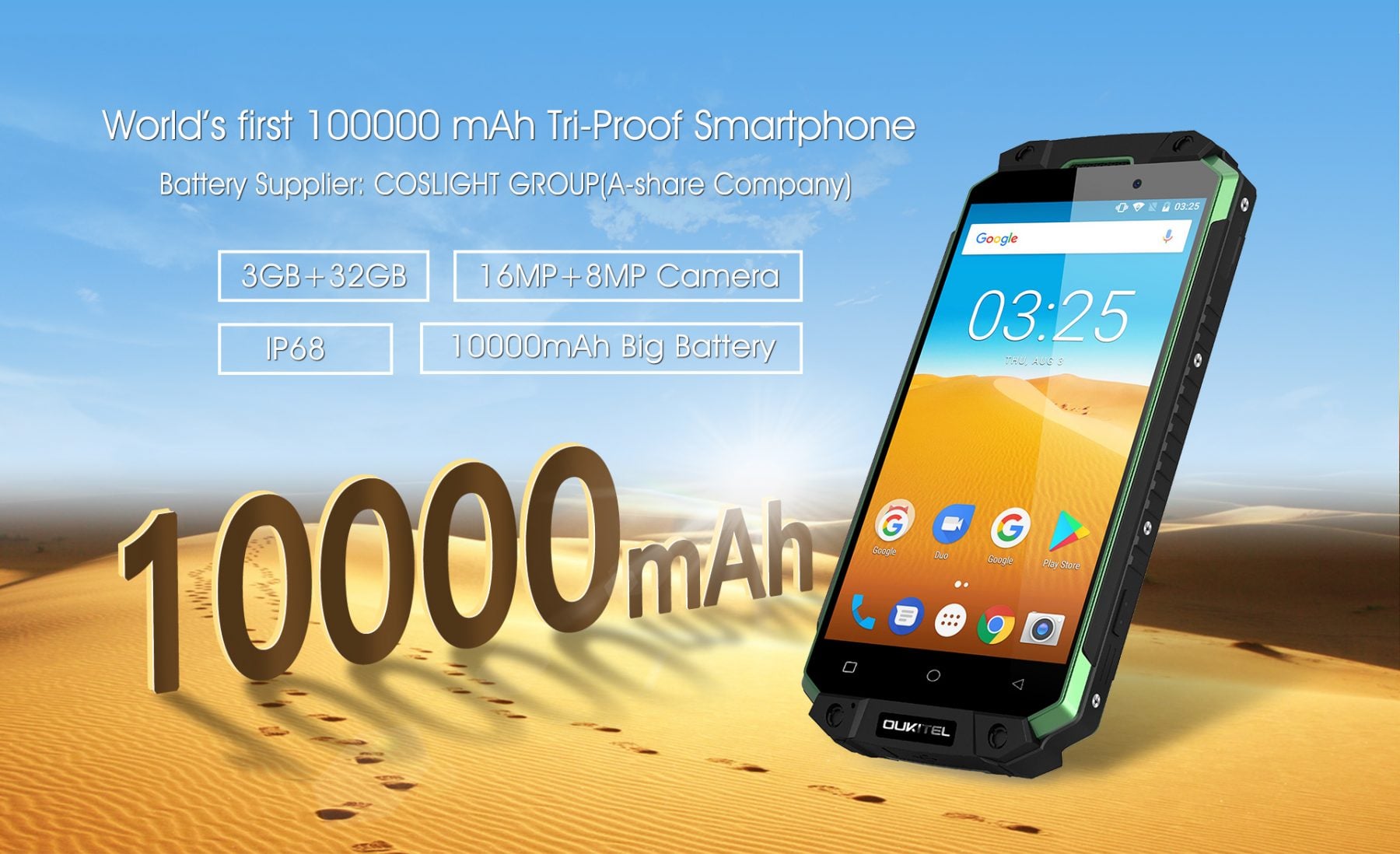 Fresh information suggests that OUKITEL is not using the 10,000mAh battery that is present inside the K10000 and K10000 Pro smartphones. COSLIGHT GROUP, a company that has provided batteries to major brands like Huawei and ZTE is supplying 10,000mAh battery for the OUKITEL K10000 Max. It is expected to last longer than the batteries available on the K10000 and K10000 Pro smartphones.

The K10000 Max is already listed on the official site of OUKITEL and is currently up for registrations. It is running a promotional campaign that will allow certain subscribers to avail the K10000 Max at half price.