MobiPicker
News OPPOR R7 and OPPO R7 Plus launched in Beijing today
Share on Facebook
Tweet on Twitter
Deal Alert: 49% Off on ExpressVPN
Touted as #1 VPN in the world, ExpressVPN is now offering 49% off & an additional 3-months of service on its annual plans.

OPPO today have pulled the curtain from their much awaited smartphones R7 and R7 Plus in Beijing. The event started with company revisiting its history and then launching the R7 and R7 Plus. 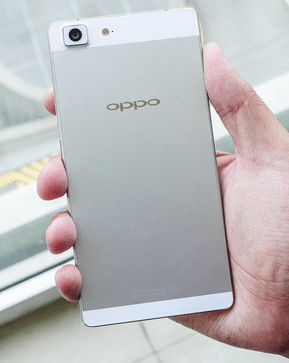 There have been certain changes from the rumored specs which have been doing the rounds since we get to know about them. R7 will have 5.0-inch AMOLED display with 1080p resolution and 2.5D glass. Bezel-less R7 Plus will support a 6-inch screen with 1080p resolution. Both the smartphones are powered by Qualcomm 615 chipset with 64-bit octa-core processor and 3GB RAM. R7 will come with 16GB native memory whereas R7 Plus will have 32GB. It also features dual-sim slot where one of the slot can be used to plugin your microSD card and expand the phone capacity.

ISOCELL RGBW sensor adorning the R7 Plus 13MP camera has reduced 78% noise and improve 32% light gathering capability. The R7 Plus comes with mammoth 4,100mAh battery, while the R7 will house 2,320mAh cell and both devices support VOOC charging. A characteristic restricted to the Plus is the fingerprint sensor on the flipside.

Both smartphones will run on newly announced ColorOS v2.1, built on top of Android Lollipop with dual sim capability and LTE4 download speed upto 150Mbps. The OPPO R7 is priced at tag of at CNY 2,499 (approx US$400) and the Oppo R7 Plus will be on sale at tag of CNY 500(approx US$483). Both the smartphones will be available for purchase in China starting tomorrow, and world-wide launch is set for next month.