While Oppo has already world’s slimmest smartphone named R5, they might bring another Oppo U3 device before the end of 2014. While Oppo N3 and R5 were using Snapdragon SoC, this rumoured Oppo U3 specifications leaked and it might get an octa-core based MediaTek’s MT6752 processor clocked at 1.7GHz, combined with 2GB RAM. According to this GFXBench spotting, this mid-range smartphone would carry 13MP camera on rear and 5MP camera on front. Take a look: 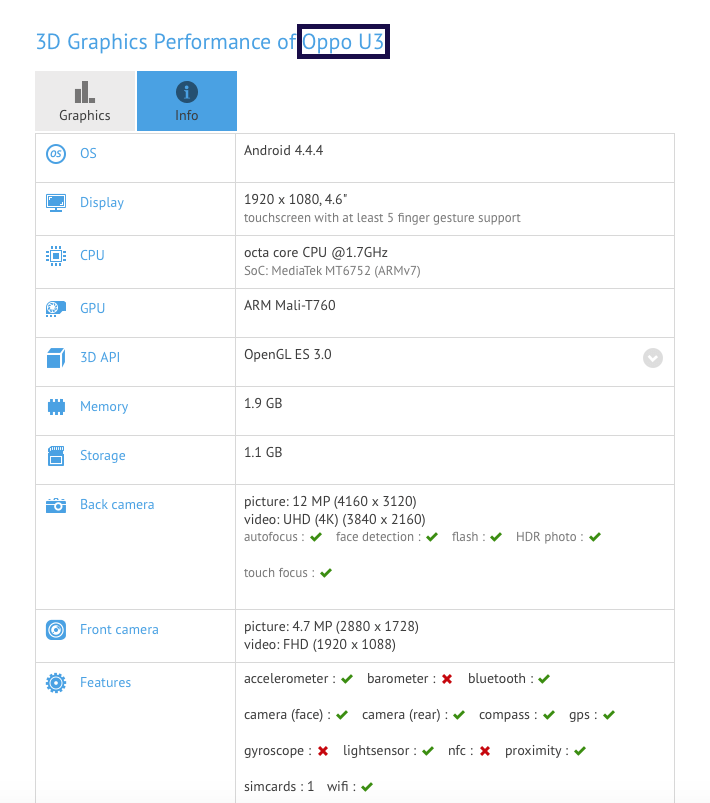 The internal storage was shown 1.1GB which will never go with an octa-core smartphone. May be its on some initial development phase. No images, No pricing, No battery specs as of now. We will update it as soon as possible.