OPPO is officially entering the Australian market starting July 14th. The company has disclosed today an exclusive tie-up with popular Australian retailer Dick Smith. According to deal, the OPPO smartphones will be available in more than 400 Dick Smith stores including 360 Dick Smith retail stores, 9 Move stores, and 28 departments by Dick Smith and David Jones. 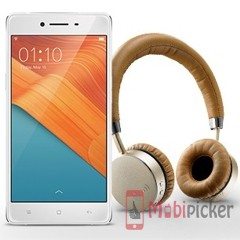 Nick Abboud, CEO of Dick Smith, commented on this exclusive partnership, “We’re thrilled to be the exclusive mass retail partner to bring OPPO to the Aussie consumer. As a business, we aim to give our customer increased access to the latest innovations in technology and this partnership is an example of that.”

The Chinese company will make available all the popular handsets including OPPO Find 7, Find 7a, N1 Mini, and N3 by the July 14th, however the OPPO R7 and R7 Plus, which were launched last month, will not be available for purchase before July 28th.