Well, this was fast! It was just 2 hours ago when we presented you with the leaked images of the Oppo R7s. And surprsingly, the phone has just been launched in Dubai at the GITEX 2015. With the R7s, Oppo’s goal is to widen its brand influence in the MENA region. Now that the phablet has been launched, let’s dive straight into the details.

The Oppo R7s gets a 5.5-inch AMOLED display made out of 2.5D screen. As seen previously in the R7 series, the R7s gets a metal unibody design and looks beautifully premium. Powering the phablet is an octa-core Qualcomm Snapdragon 615 chipset coupled with a whopping 4GB of RAM and 32GB of storage, which is further expandable up to 128GB! These specifications will surely provide high-speed performance to the Oppo R7s. 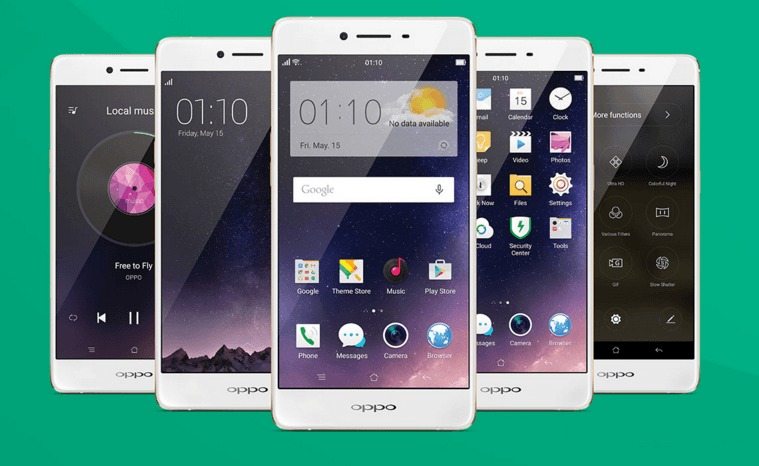 The R7s runs Android 5.1 with Oppo’s own ColorOS 2.1 on top of it, and the phone gets its juice from a large 3070 mAh battery. Oppo claims that the R7s can be used continuously for 13 hours and 15 minutes. Set together with the VOOC Flash Charge technology, just 5 minutes of charging will give you 2 hours of talk time in the R7s, and it takes only 50 minutes to charge the phablet up to 90%!

The camera in the Oppo R7s uses Flash Shot technology, just like other R7 series phones. This tech translates to a triple-threat feature for assuring quick launch, speedy focus, and very stable photography. The PDAF (Phase Detection Auto Focus) feature of the Flash Shot technology mimics SLR cameras, providing auto focus time of as quick as 0.1 seconds! The rear 13MP shooter and the front 8MP snapper both get anti-shake optimization for capturing extremely beautiful pictures instantly, even if the subject is moving fast. And yes, the camera now opens up 30% faster!

The Oppo R7s will sell in 10 different regions and countries starting November, and the listed countries include Thailand, Vietnam, Singapore, Taiwan, Malaysia, Australia, and Indonesia along with the MENA regions. USA and Europe consumers can get their hands at the R7s in December from the OPPOstyle website.