MobiPicker
Mobiles Android Oppo R11 Price Leaked Ahead Of Official Announcement
Share on Facebook
Tweet on Twitter
Deal Alert: 49% Off on ExpressVPN
Touted as #1 VPN in the world, ExpressVPN is now offering 49% off & an additional 3-months of service on its annual plans.

Oppo R11 has leaked numerous times in various renders and press images. And today, we have got more info on the yet to be announced OPPO smartphone. For those who don’t know, OPPO R11 will be officially unveiled on June 10. 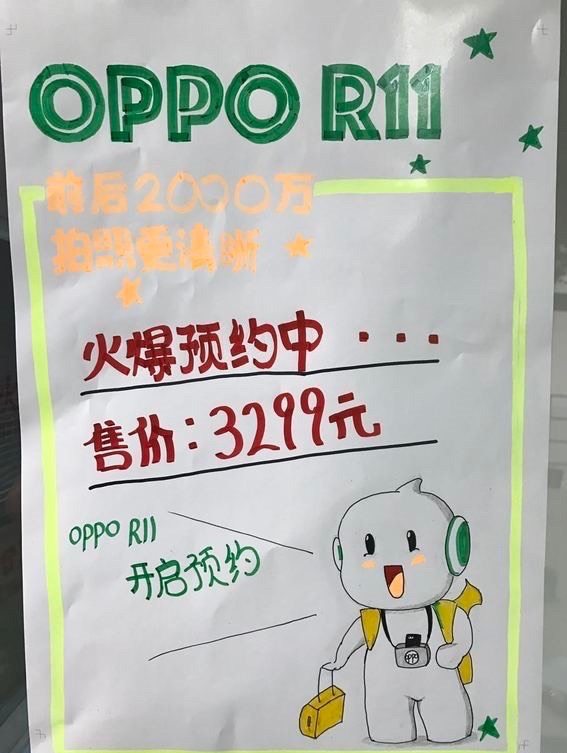 A new poster with the pricing of R11 was spotted in Jingdong Mall (Chinese e-commerce company). The poster indicated the price tag of 3299 yuan (approx $484) for the smartphone. Even though the pricing hasn’t been confirmed by the Chinese OEM, it seems credible since the Oppo R9s is priced at 2799 yuan.

The preliminary specifications indicate a 5.5-Inch Full HD display with 4 GB RAM and 64 GB ROM. There is sparse information on the processor model used in the device. Camera department will be the highlighting factor for the Oppo R11. It will be the first OPPO smartphone to feature dual-camera setup on the rear with two lenses of 20 MP + 16 MP.

Oppo is having a great time in China and India lately, so it will be interesting to see how the new phone performs, being the first dual-camera offering. Do let us know if you are waiting for the launch of Oppo R11 in the comments section below.

Thanks for the tip, Li Wei.