MobiPicker
News OPPO N3 launched in India at INR 42,990 ($692)
Share on Facebook
Tweet on Twitter
Deal Alert: 49% Off on ExpressVPN
Touted as #1 VPN in the world, ExpressVPN is now offering 49% off & an additional 3-months of service on its annual plans.

OPPO N3 which was unveiled last year at an event in Singapore, has launched in India. The new phone is carrying a price tag of INR 42,990 ($) and will be available in white color. 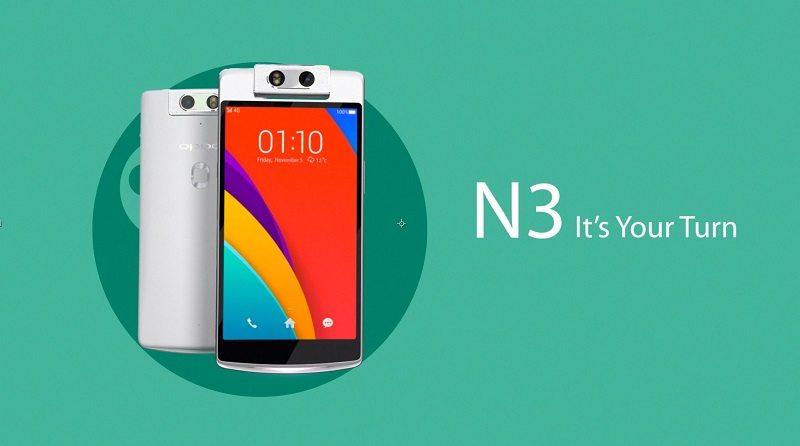 OPPO N3 comes with dual-SIM functionality and features a 5.5 inch 1080p display, and is powered by a Qualcomm’s Snapdragon 801 chip with quad-core 2.3GHz processor and Adreno 330 GPU. It packs 2GB of RAM, 32GB internal storage, and a 3,000 mAh battery with VOOC fast charging.

In terms of camera, the OPPO N3 features a 16 megapixel rotating rear camera which can rotate to 0.012 degrees to shoot selfie. It runs Color OS 2.0 based on Android 4.4 KitKat. Other features include Wi-Fi, 4G LTE, Bluetooth v4.0, GPS, Wi-Fi Direct etc.