MobiPicker
News Oppo Mirror 5 with 8MP rear camera and 5inch screen launched
Share on Facebook
Tweet on Twitter
Deal Alert: 49% Off on ExpressVPN
Touted as #1 VPN in the world, ExpressVPN is now offering 49% off & an additional 3-months of service on its annual plans.

Earlier this month Taiwanese manufacturer Oppo has launched Mirror 5s smartphone in the market, however now Oppo has launched the Mirror 5 as per the listing on the Oppo’s official website. Like Mirror 5s, it features a diamond enthused rear panel façade. Oppo Mirror 5 seems to be the variant on Mirror 5s for the worldwide market. Oppo Mirror 5 will be released in Southeast Asia, South Asia, Middle-East, Mexico and North Africa. However the price is yet to be disclosed by the manufacturer. 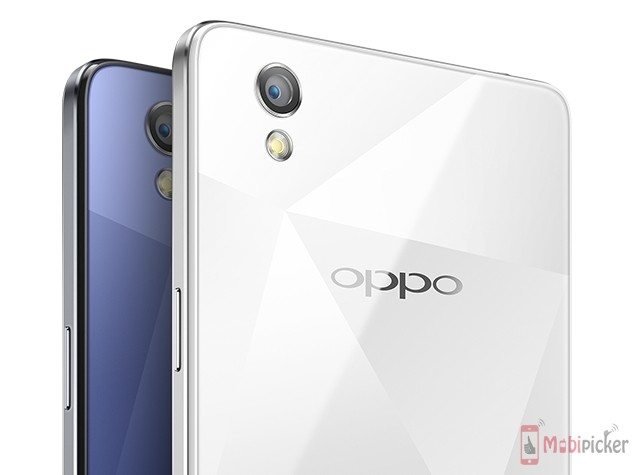 Featuring a 4G LTE connectivity supported by both the SIM card slots, Oppo Mirror 5 has one Micro-SIM and another Nano-SIM. Running on Android 5.1 lollipop , it is supported by Color OS 2.1. Mirror 5 features a 5inch QHD TFT display with a resolution of 540×960 pixels. According to the manufacturer Mirror 5 touchscreen will support both gloved and wet touch inputs. Powered by 1.2GHz quad-core Qualcomm Snapdragon 410 (MSM8916) processor it is coupled with Adreno 306 GPU.

Juiced up by 2,420mAh non-removable battery and it will be available in two colors viz. White and Blue colors. Featuring ambient light sensor, g-sensor, and magnetometer it measures 143.4×71.2×7.65mm and weighs 160 grams. Oppo Mirror 5 comes preloaded with an app named Smart Remote Control which is touted to be compatible with common household appliances.