MobiPicker
News OPPO Mirror 5 Launches in India at Rs. 15,990
Share on Facebook
Tweet on Twitter
Deal Alert: 49% Off on ExpressVPN
Touted as #1 VPN in the world, ExpressVPN is now offering 49% off & an additional 3-months of service on its annual plans.

OPPO has enlarged its product range with the launch of latest OPPO Mirror 5. Priced at Rs. 15,990, it will be available across India beginning coming week. It is good to know that Mirror 5 is the international version of Mirror 5s, which was launched last month. 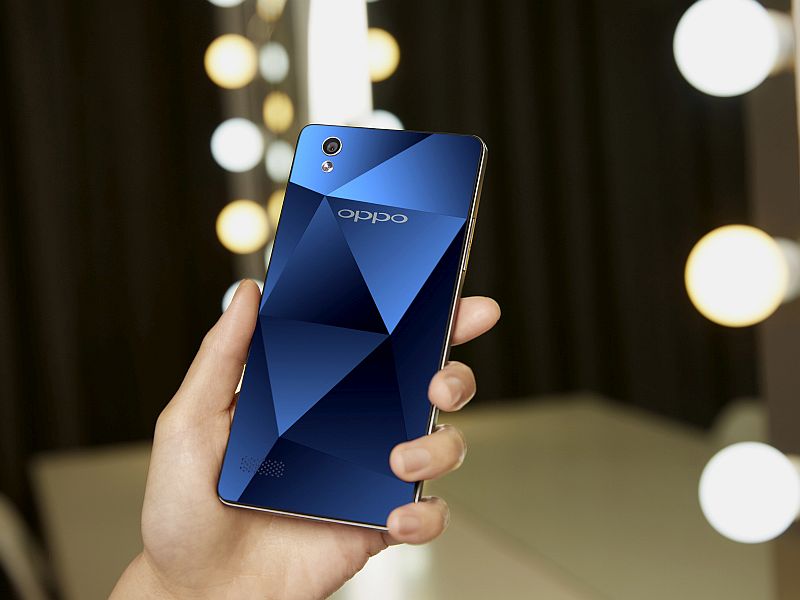 The Oppo Mirror 5 features a diamond-inspired multifaceted back panel surface, which is definitely a positive highlight of the handset. It is worth noting the Mirror 5 supports 4G in other marketplaces, but the firm hasn’t detailed if the handset supports India- 4G LTE bands. Nevertheless, considering a Snapdragon 410 chipset with 1.2GHz quad-core CPU, the Indian Band 40 support is seems possible, as found in other smartphones.

The double-SIM setup of the phone comes with the support of one micro-SIM and another Nano SIM. The Android 5.1 Lollipop based Color OS 2.1 is pre-installed.

Equipped with a 5-inch (540×960 pixels) qHD TFT screen instead of High Definition (720×1280 pixels) resolution in Mirror 5s, it packs 2GB of RAM, 16GB of built in storage which can be enlarged via microSD card (up to 128GB). The Mirros 5 sports an 8-megapixel primary snapper with f/2.2 aperture and LED flash. On the flip side, there is a 5-megapixel lens which works out as selfie solution.

The Oppo Mirror 5 comes preloaded with Smart Remote Control program, that is compatible with all basic household items, according to the company.

Tom Lu, CEO, Oppo Mobile India has said, “Our newest offering Mirror 5 is perfect interpretation of our design philosophy which is wisdom and innovation, shining above the ordinary. Oppo Mirror 5 is not simply a device built with appearance and performance in mind, its goal is to bring a spark of creativity to life. Be it an amateur or a pro photographer, the Mirror 5 is perfect for fabulous selfies as well as scenic landscapes. With creative photography as well as a host of smart functions, Mirror 5 is a strong contender, which could be the best choice within the price range.”