MobiPicker
News 4.7 inches Oppo Mirror 3 launched in India at INR 16,990
Share on Facebook
Tweet on Twitter
Deal Alert: 49% Off on ExpressVPN
Touted as #1 VPN in the world, ExpressVPN is now offering 49% off & an additional 3-months of service on its annual plans.

The Oppo Mirror 3 – mid-ranged smartphone from Oppo Mobiles, which was launched in China last month, has been launched in India for the price INR 16,990 ($274). 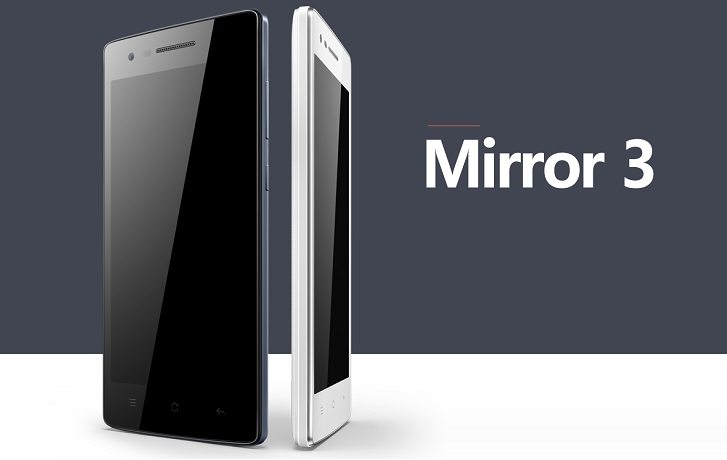 The dual-SIM mid-ranger sports a 4.7 inch IPS display with 1280×720 pixel resolution and powered by Qualcomm’s 64-bit Snapdragon 410 chipset. The device has 1GB of RAM, 8 GB internal storage (expandable up to 128 GB via microSD), and Adreno 306 graphics processor unit. The Mirror 3 runs Android 4.4 KitKat with Colour 2.0.1 and powered by a 2,000 mAh battery. In terms of photography, It packs a 8 megapixel main camera with Sony IMX179 BSI sensor with LED flash and a 5 megapixel take care of selfies.

Interestingly, the Mirror 3 comes with an infrared port with company’s smart remote technology 2.0, which makes your phone as a remote for the home appliances with infrared protocol, including air-conditioners, televisions etc.