Some days ago, a major leak about the much-awaited OPPO Find 9 had revealed the specs of the phone. The device is one of the most-hyped phones this year, and the company might launch it in a few months. Today, a new render image leaked on Chinese site Weibo shows a very beautiful feature of the smartphone while showing off its design. 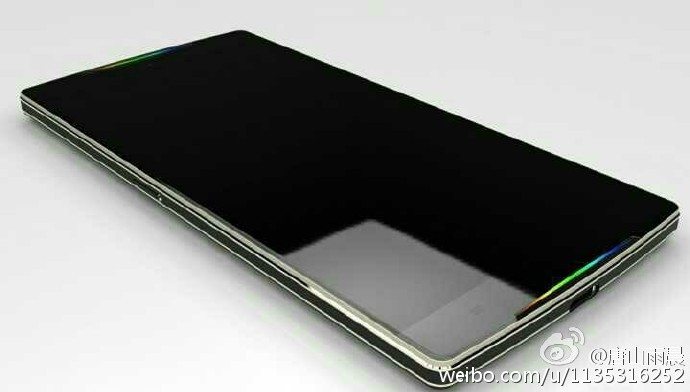 As you can see in the image above, the Find 9 is very sleek and stylish just like its predecessor. But we expect this phone to be slimmer than the Find 7. Also, notice that the phone has got breathing LED light at the bottom and at the top, just like the previous Find phones. However, the lights are now colorful, this giving it a more attractive appearance.

Other than the lights, you can also notice the USB port. Even though it looks a bit like microUSB, we are sure the phone will come with Type-C USB port. The previous leak has suggested that the OPPO Find 9 will be powered by a Snapdragon 823 processor and will come with a whopping 8GB RAM.

The device will flaunt a large 5.5 inch Quad HD screen. There will be 128GB internal storage, a 21MP rear camera (possible dual cameras), and a 4100mAh battery with Super VOOC charging support.