Since the launch of Oppo Find 7 in 2014, the Chinese firm has not released a flagship phone. Oppo fans are eagerly waiting for a successor model for Oppo Find 7, but instead of releasing a flagship phone, the company has been busy releasing midrange and upper midrange phones. This has allowed Oppo to reach the number two position in the Chinese smartphone market. Even though Oppo does not seem to be in a hurry to release a flagship phone, the rumor mill has revealing leaked information of the mysterious Oppo Find 9 phone. A leaked render of the alleged Oppo Find 9 has now appeared on Weibo. 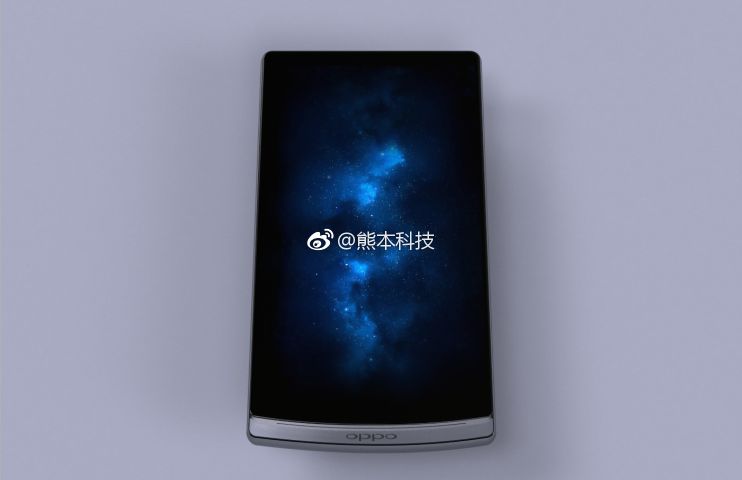 The Find 9 in the above image has curved shaped bottom that features an Oppo logo on its chin. The display is not curved at the edges which indicates that the phone features a flat screen. Since the screen appears dark, it is likely that it sports ultra-thin bezels on left and right sides of the screen. The top bezel is also slim and it is not clear where the selfie camera located in the image. Since it appears like a concept device, there is no concrete evidence to confirm that it is a true image of Oppo Find 9.

According to leaked information that came up at the start of this year, the Oppo Find 9 will be coming in two CPU models. The lower-end model is expected to feature Snapdragon 653 chipset, 4 GB of RAM and 64 GB of native storage. On the other side, the higher-end model is pegged to be driven by Snapdragon 835 SoC, 6 GB of RAM and 128 GB of storage.

Rumors have it that the Oppo Find 9 would be coming with a 5.5-inch screen with bezel-less design developed by Oppo. It is expected to feature ultra-slim bezels and carry support for quad HD resolution of 2,560 x 1,440 pixels. It is rumored to feature a 21-megapixel rear-facing camera. The front is expected to house a 16-megapixel camera. It is pegged to come packed with a 4,100 mAh battery. Fresh rumors hint that the Oppo Find 9 may get unveiled in the first half of this year. However, there are some conflicting rumors that say that the phone won’t be ready for launch in the first half of 2017.