Oppo Find 9 which is next in line to Find 7 may soon be unveiled by Oppo. According to a screenshot from Guangzhou Mobile(Chinese Carrier), it will be supporting upcoming 4G LTE cat. 9 network connectivity. The Cat9 LTE network is still under testing phase. In lab tests it is found to give a download speed of 292Mbps vis-a-vis academic maximum speed of 330Mbps. 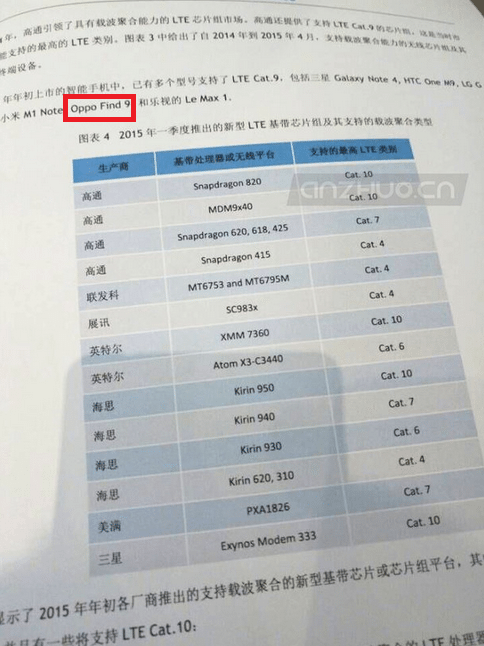 If you are wondering what about Oppo Find 8, then we can tell you that the Oppo has skipped the even numbered models. Oppo Find 9 could be powered by the Snapdragon 810SoC as per the screenshot. As the phone is now being tested at the carrier, we may expect it to hit the market shelves much sooner.

Moreover an earlier buzz suggested that the Find 9 will approach to market with 4GB of RAM. The phone’s front panel also was the topic of a reveal way back in January. The Oppo Find 7 was one of the first handsets to put forward a QHD panel with 538ppi pixel density its features were really commendable at that instance.

Keep hooked onto MobiPicker for more details on the next Find series smartphone from Oppo.