OPPO has launched a special Edition of it F1s smartphone in India, on the occasion of Diwali. The Limited edition smartphone comes with Diwali packaging, gilded Diwali pattern and joint signatures of Sonam Kapoor and Hrithik Roshan on the back. It will go on sale from 14th October via Oppo concepts stores and Snapdeal. The pre-orders are open through OPPO concepts stores till October 13th. With special OPPO F1s Diwali Edition, the company is trying to cash in on the rise in sales around the festive season. 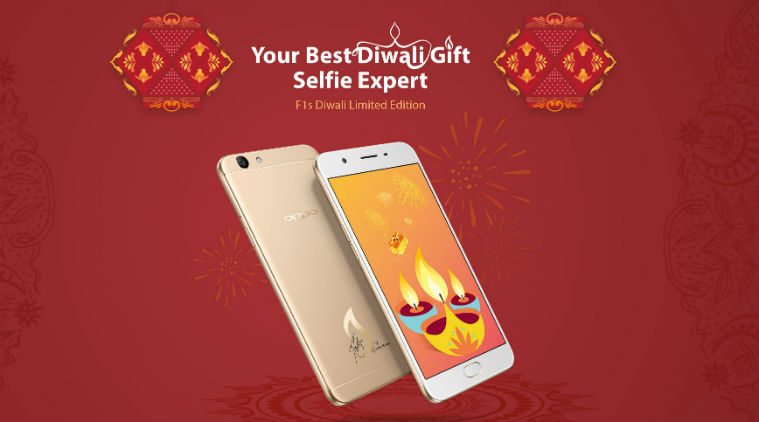 The OPPO F1s Diwali Limited Edition smartphone is priced at Rs. 17990, same as the F1s. It also sports similar specifications as the original F1s. Prior to release, the company created a lot of hype around the smartphone through its social media platforms.

The OPPO F1s features a 5.5-inch IPS display with HD (1280 x 720 pixels) resolution and Corning Gorilla Glass 4 protection. It is powered by a 1.5 GHz octa-core MediaTek MT6750 64-bit processor with Mali T860 GPU. The premium smartphone is supported by 3GB of RAM and 32GB internal memory, which can be further expanded up to 128GB via a micro SD card. It runs Android 5.1 (Lollipop) OS with ColorOS 3.0 UI on top. The OPPO F1s Diwali Edition will also come with a specially designed theme around Diwali.